On plague in a time of Ebola

Ebola and plague share several characteristics, even though the second and third plague epidemics dwarfed the 2014-15 Ebola outbreak in terms of mortality. This essay reviews the mortality due to the two diseases and their lethality; the spatial and socioeconomic dimensions of plague mortality; the role of public action in containing the two diseases; and their economic impact. 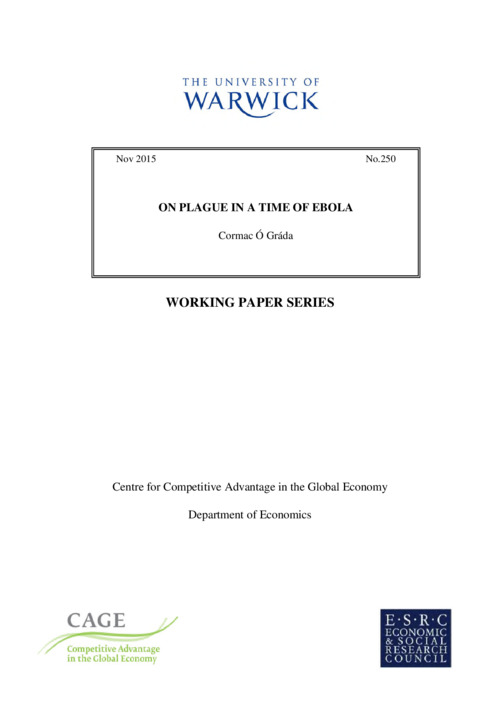