Risk, Recession, and Declining Popular Demand for the Welfare State

How do individual preferences over welfare spending respond to economic hard times? In this paper we reconcile two prominent, opposing expectations : that recessions lead to a `hunkering down' such that individuals become less favourable to taxation and expenditure; and that downturns, being associated with increases in risk, should lead to increased demand for government expenditure. We present a simple formal model rooted in the risk/insurance literature, to demonstrate that these two intuitions both capture important effects. While the labour market risk literature correctly predicts that individual-level insecurity increases support for welfare expenditure, our model shows that it also predicts that poor macroeconomic performance has the opposite effect. The government budget constraint links the two levels, and we demonstrate that concern about budget balance is the mechanism driving declines in support for tax-and-spend. We test our argument using British individual-level panel data from before and during the Great Recession, and use Eurobarometer data from 32 countries to probe our de cit-based mechanism. The evidence is supportive of our claims on both counts. 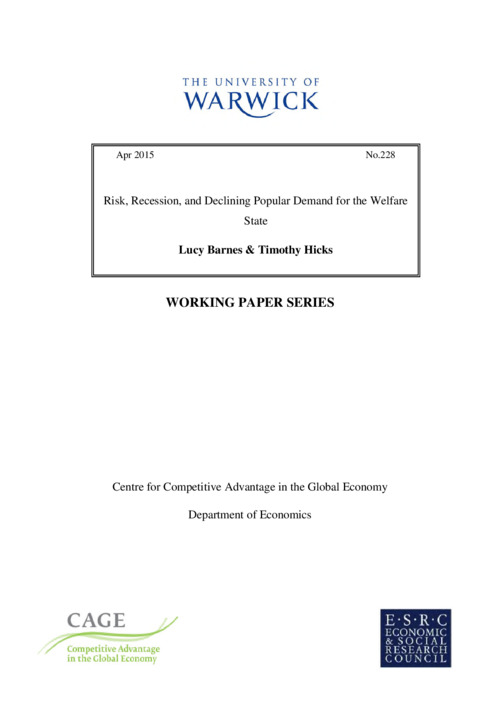