The Political Economy of Risk and Ideology

This paper argues for the central role of risk aversion in shaping political ideology.We develop a political economy model to establish this link and provide empirical evidence in support of our argument. Our model distinguishes the effects of risk aversion from unemployment risk and our evidence sheds light on debates over explanations for the welfare state. We show that risk aversion is an important determinant of political-economic attitudes and is at least as important as, if not more so, an individual’s position in the income distribution. 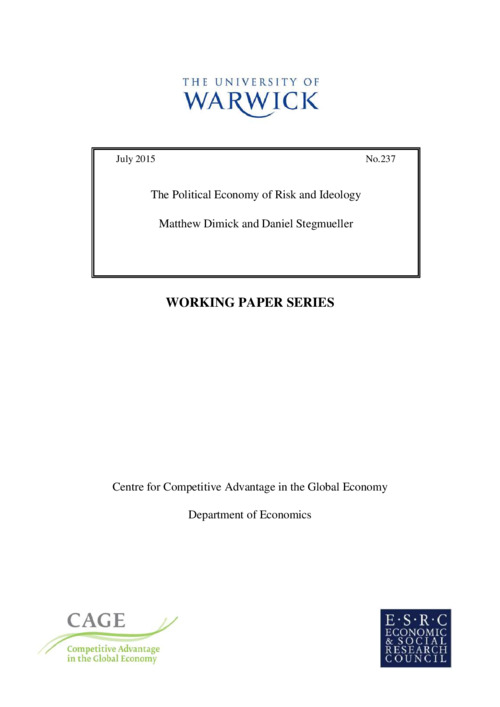