World War II: Won by American Planes and Ships, or by the Poor Bloody Russian Infantry?

This short paper reviews a new book about World War II. In most such books, what is new is not usually important, and what is important is not new. This one is an exception. How the War Was Won: Air-Sea Power and Allied Victory in World War II, by Phillips Payson O'Brien, sets out a new perspective on the war. An established view is that World War II was decided on the Eastern front, where multi-million armies struggled for supremacy on land and millions died. According to O’Brien, this neglects the fact that the preponderance of the Allied productive effort was devoted to building ships and planes for an air-sea battle that was fought to a limited extent in the East and with much higher intensity across the Western and Pacific theatres. The Allies’ air-sea power framed the outcomes of the great land campaigns by preventing Germany and Japan from fully realizing their economic potentials for war. Finding much to be said for this reinterpretation, I reconsider the true significance of the Eastern front. 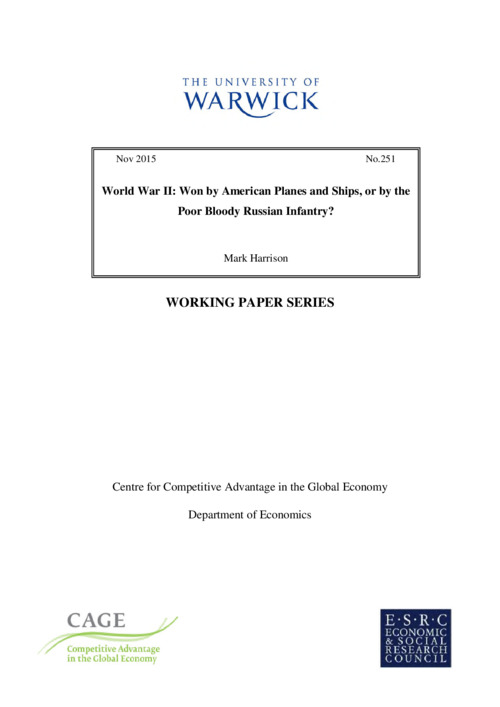