Many societies are divided into multiple smaller groups. Certain kinds of interaction are more likely to take place within a group than across groups. I model a reputation effect that enforces these divisions. Agents who interact with members of different groups can support lower levels of cooperation with members of their own groups. A hierarchical relationship between groups appears endogenously in equilibrium. Group divisions appear without any external cause, and improvements in formal contracting institutions may cause group divisions to disappear. Qualitative evidence from the anthropological literature is consistent with several predictions of the model. 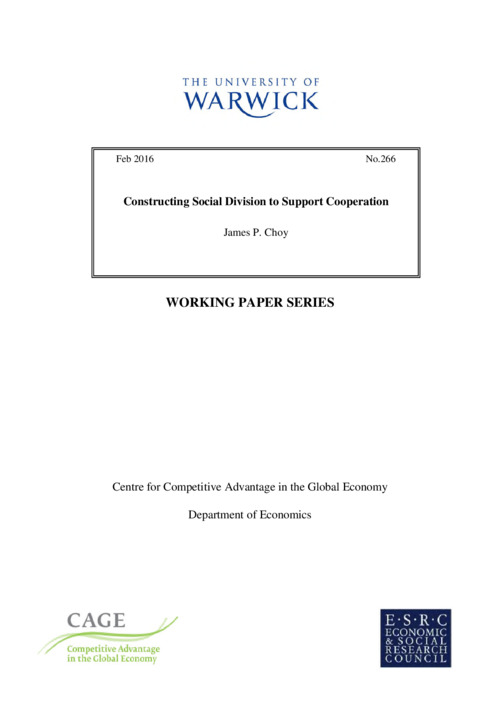