Economic and Political Inequality: The Role of Political Mobilization

The Journal of Politics 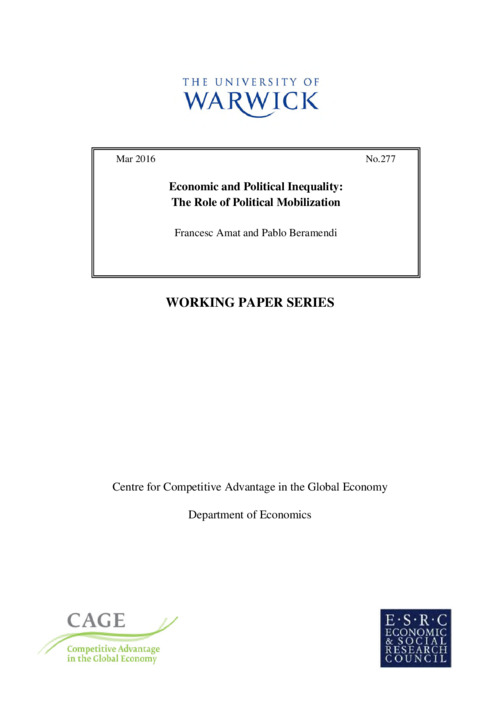