In a command economy, centralized political priorities take precedence over market equilibrium, and government purchases cannot be refused. This chapter describes the antecedents, origins, evolution, and outcomes of the Soviet command economy from the Bolshevik Revolution to World War II. The Soviet command economy was built in two phases, 1917 to 1920, and 1928 onward, with a ‘breathing space’ between. The present account gives prominence to features of a command economy that, while missing from the first phase, were developed during the breathing space, and then helped to ensure the relative success of the second phase. These were features that assured secrecy, security, and the selection of economic officials for competence and party loyalty. Like any economy in the international system, the command economy had a comparative advantage: the production of economic and military power.

The Cambridge History of Communism 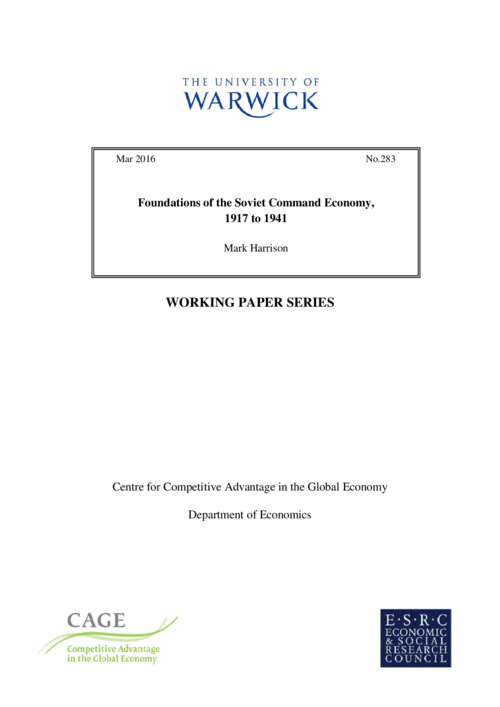