Local Union Organization and Lawmaking in the U.S. Congress

While the political power of labour unions is a contentious issue in the social sciences, it is often conceived mainly as a question of aggregate union membership. Going beyond the common focus on numerical strength, we argue that unions’ influence on national law-making has significant roots in their local organization. We delineate and test the hypothesis that the horizontal concentration of union members within electoral districts shapes legislators’ voting behaviour. Drawing on extensive administrative records, we map the membership size and concentration of union locales to districts of the U.S. House of Representatives, 2003-2012. Our new data reveal that concentration clearly cuts across membership size. Consistent with theoretical expectations, both concentration and membership are robustly linked to legislators’ ideology and votes on key issues. Lower membership concentration means more legislative support of union positions. Altogether, we suggest a new perspective on the political power of unions in the twenty- first century.

The Journal of Politics 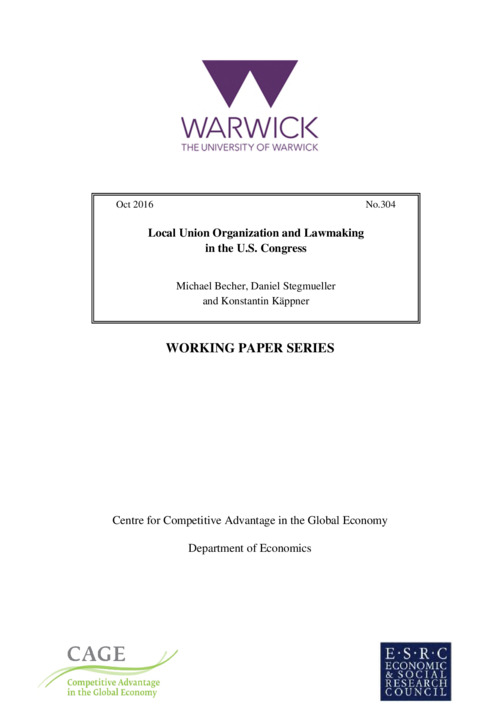