The Kyoto Protocol and Beyond: Pareto Improvements to Policies that Mitigate Climate Change

Classical gains from trade results involve comparing a Pareto efficient allocation with a status quo that is typically inefficient. When there is a public good like mitigating climate change, such results apply only if that good happens to be supplied efficiently. Here, however, we consider emissions trade as envisaged in Article 17 of the Kyoto Protocol. Such trade could attain a constrained Pareto efficient allocation in which aggregate emissions are held fixed. Relative to any status quo, we show that with a suitable international distribution of permit rights, international emissions trade allows each nation more consumption while keeping aggregate emissions constant. The Clean Development Mechanism (CDM) envisaged in Article 12 allows additional gains, as do the provisions of the 2015 Paris Agreement that grant credit for carbon removals. Contrary to some claims, the Kyoto Protocol is not “defunct”; instead, retaining its key provisions of emissions trade and the CDM while including credit for carbon removals could make emissions reductions much more affordable. 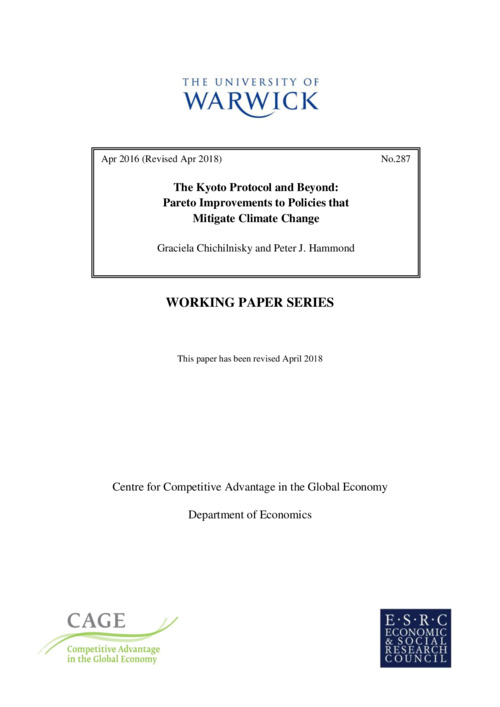