The Natural Resource Curse Revisited: Theory and Evidence from India

In 2000, three of the largest Indian states, comprising areas with some of the largest endowments of natural resources in the country, were split to create three new states. We exploit the dramatic change that ensued, both in the distribution of resources and in the allocation of political power, to examine the interplay natural resources and politics. We construct a theoretical framework designed to account both direct and indirect effects of the change in natural resource concentration on economic outcomes – the direct effects arising from revenue generation, the indirect ones arising, through a political channel, from an exchange of votes for natural resource rents at the local level. We employ a sharp regression discontinuity design to estimate the causal effect of secession and concentrated resources on growth and inequality outcomes at the sub-regional level. Consistently with our theoretical predictions, we find that, while the economic effect of secession is generally favourable, constituencies rich in resources see a relative worsening of outcomes in both economic activity and inequality. 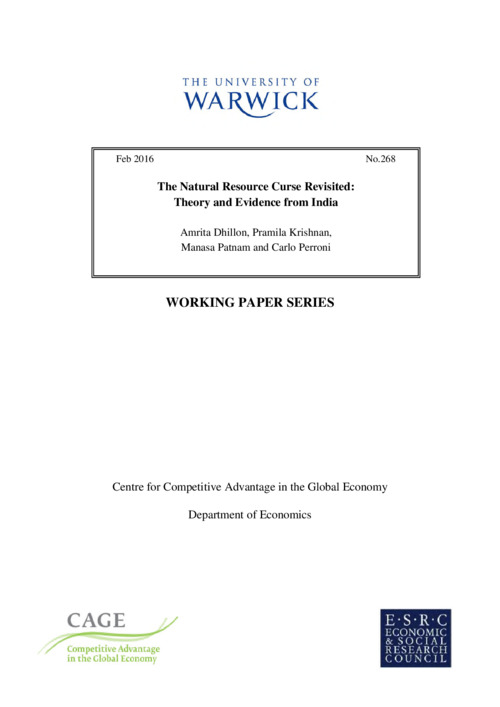