International integration is not driven purely by economic considerations but may also be affected by identity politics. We propose a simple framework to study the effects of identity on integration, allowing identities themselves to be endogenous (a German citizen may identify as German but may also identify as European). We find that contrary to widespread intuitions, a robust union does not require that all members share a common identity. Furthermore, while national identification in the periphery leads to premature breakup, a common identity can sometimes lead to excessively large unions. Finally, a union is more fragile when periphery countries have high ex-ante status, whereas low-status countries are less likely to secede, even when between-country economic differences are large and union policies impose significant hardship. Brexit is more likely than Grexit. 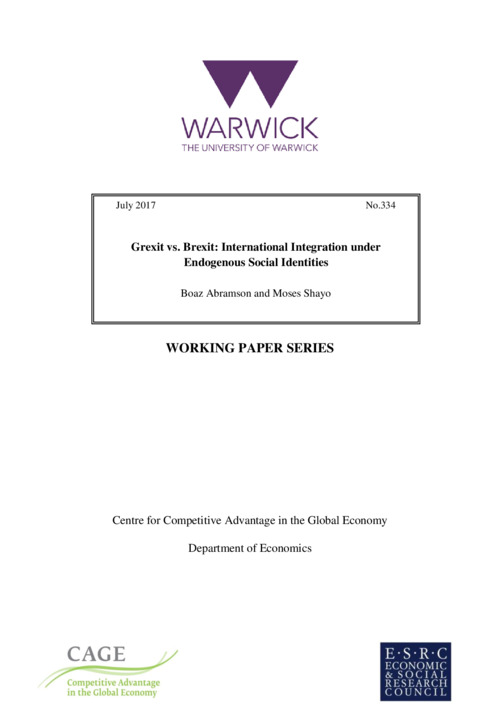