Using annual data from the thirteenth century to the present, we show that improved long run economic performance has occurred primarily through a decline in the rate and frequency of shrinking, rather than through an increase in the rate of growing. Indeed, as economic performance has improved over time, the short run rate of growing has typically declined rather than increased. Most analysis of the process of economic development has hitherto focused on increasing the rate of growing. Here, we focus on understanding the forces making for a reduction in the rate of shrinking, drawing a distinction between proximate and ultimate factors. The main proximate factors considered are (1) structural change (2) technological change (3) demographic change and (4) the changing incidence of warfare. We conclude with a consideration of institutional change as the key ultimate factor behind the reduction in shrinking. 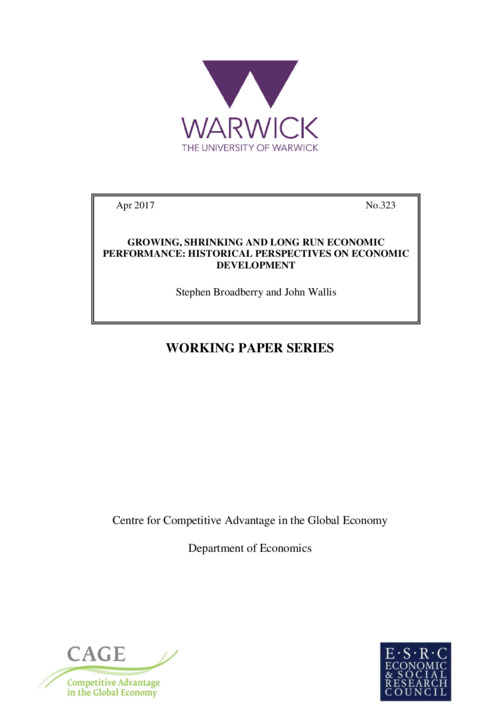