To what extent does immigration drive support for anti-immigrant populist parties and candidates? Previous research has hypothesized the existence of a welfare channel, in which individuals exposed to the potential fiscal costs of immigration, in the form of higher taxes and lower benefits, will be more supportive of anti-immigration parties. But evidence in support of this argument is scant. This paper builds on existing work in two ways. Theoretically, we distinguish between the cash and the in-kind components of public transfers, and argue that the latter are especially prone to generating distributional conflicts. Empirically, we leverage an EU legal directive that resulted in an exogenous increase in the intensity of competition between immigrants and natives over public housing in Austria. Our findings indicate that support for anti-immigrant parties is highly responsive to perceived scarcity resulting from immigrant receipt of in-kind benefits. More broadly, the findings suggest that the confluence of austerity measures and free movement in the EU may explain the far-right’s recent electoral gains beyond its historic voting bloc. 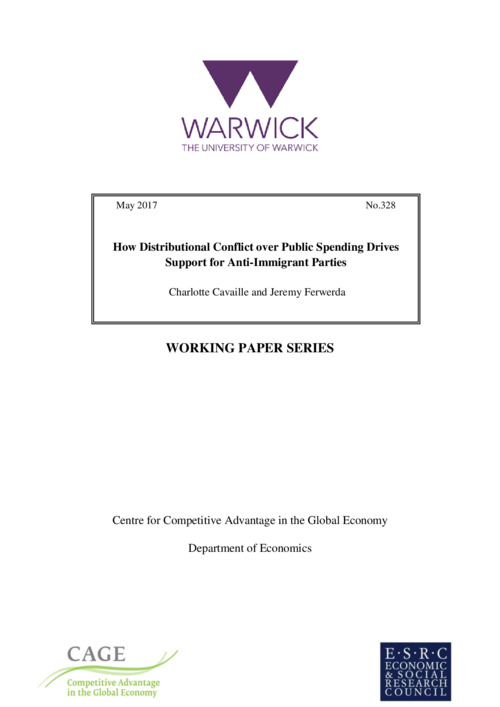