Institutional copying in the 20th century: The role of 14,000 British colonial officers

Did individual British officers determine the institutional development of former colonies? The article presents a new research program into institutional reform and economic development based on a newly established dataset of over 14,000 biographical entries of senior colonial officers in 54 British colonies between 1939 and 1966. The rich data permit a new methodological approach towards the question of how institutions are copied into countries with a radical focus on the individual actors involved in the institutional reforms before independence. The article discusses fundamental background information on the British colonial service in the 20th century and presents first preliminary analyses from within the new research agenda. 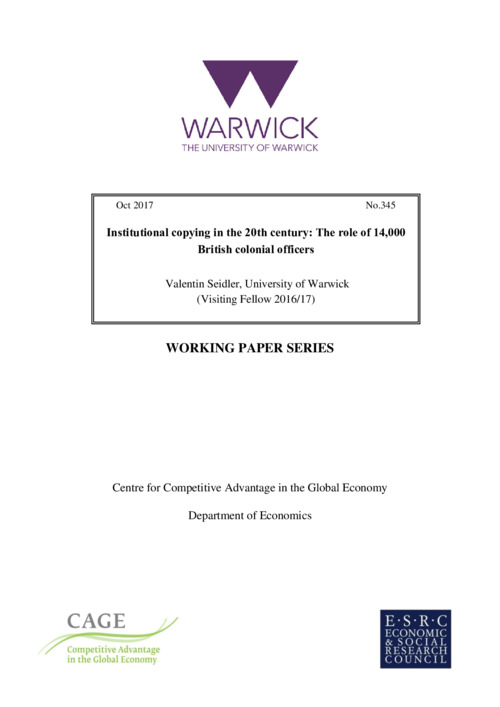