The Sources of Growth in a Technologically Progressive Economy: the United States, 1899-1941

We develop new aggregate and sectoral Total Factor Productivity (TFP) estimates for the United States between 1899 and 1941 through better coverage of sectors and better-measured labour quality, and find TFP-growth was lower than previously thought, broadly based across sectors, and strongly variant intertemporally. We then test and reject three prominent claims. First, the 1930s did not have the highest TFP-growth of the twentieth century. Second, TFP-growth was not predominantly caused by four ‘great inventions'. Third, TFP-growth was not driven indirectly by spill-overs from great inventions such as electricity. Instead, the creative-destruction-friendly American innovation system was the main productivity driver. 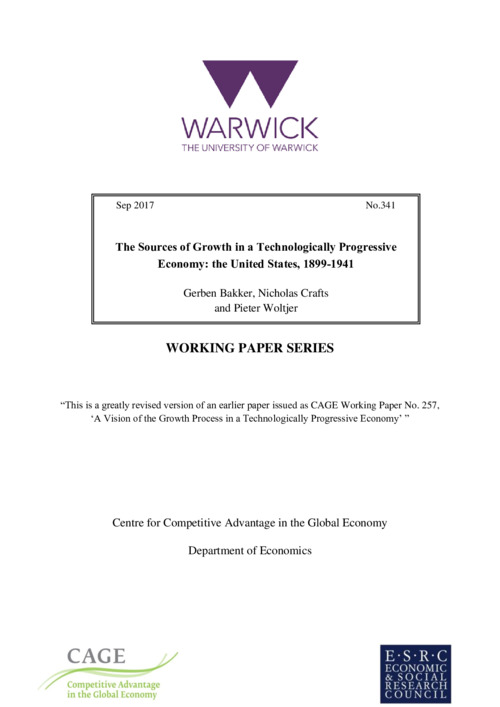