Was Brexit Caused by the Unhappy and the Old?

On 23 June 2016, the United Kingdom voted to leave the European Union (so-called ‘Brexit’). This paper uses newly released information, from the Understanding Society data set, to examine the characteristics of individuals who were for and against Brexit. Two new findings emerge. First, unhappy feelings contributed to Brexit. However, contrary to commonly heard views, the key channel of influence was not through general dissatisfaction with life. It was through a person’s narrow feelings about his or her own financial situation. Second, despite some commentators’ guesses, Brexit was not caused by old people. Only the very young were substantially pro-Remain. 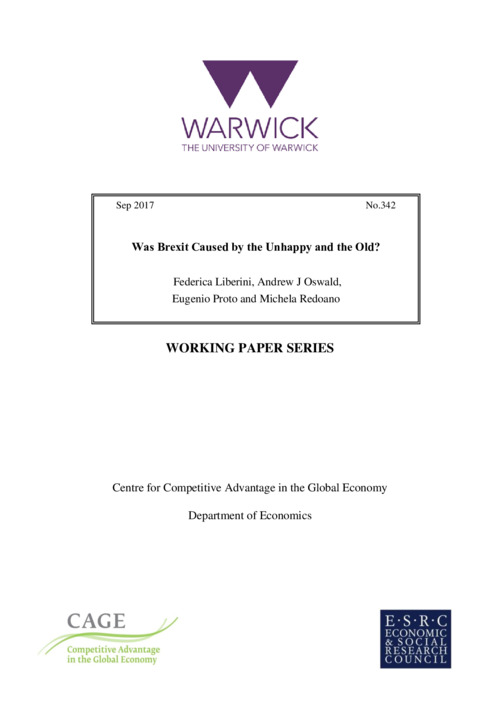