‘Getting to Denmark’: the Role of Elites for Development

We explore the role of elites for development and in particular for the spread of cooperative creameries in Denmark in the 1880s, which was a major factor behind that country’s rapid economic catch-up. We demonstrate empirically that the location of early proto-modern dairies, so-called hollænderier, introduced onto traditional landed estates as part of the Holstein System of agriculture by landowning elites from the Duchies of Schleswig and Holstein in the eighteenth century, can explain the location of cooperative creameries in 1890, more than a century later, after controlling for other relevant determinants. We interpret this as evidence that areas close to estates which adopted the Holstein System witnessed a gradual spread of modern ideas from the estates to the peasantry. Moreover, we identify a causal relationship by utilizing the nature of the spread of the Holstein System around Denmark, and the distance to the first estate to introduce it, Sofiendal. These results are supported by evidence from a wealth of contemporary sources and are robust to a variety of alternative specifications. 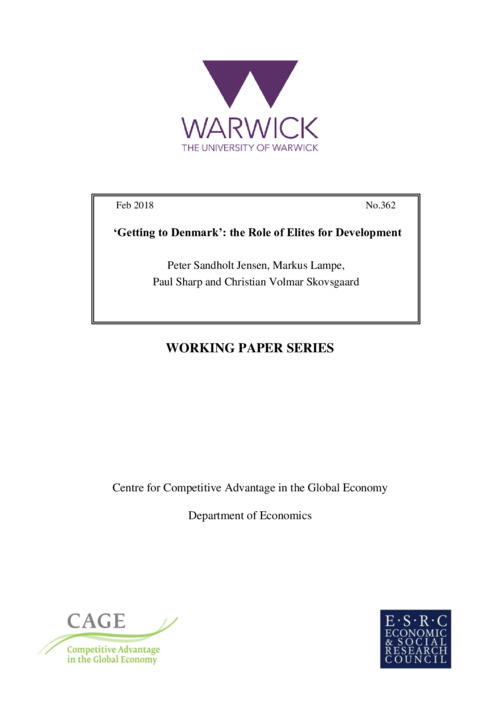