Social media enable politicians to personalize their campaigns and target voters who may be decisive for the outcome of elections. We assess the effects of such political\micro-targeting" by exploiting variation in daily advertising prices on Facebook, collected during the course of the 2016 U.S. presidential campaign. We analyze the variation of prices across political ideologies and propose a measure for the intensity of online political campaigns. Combining this measure with information from the ANES electoral survey, we address two fundamental questions: (i) To what extent did political campaigns use social media to micro-target voters? (ii) How large was the effect, if any, on voters who were heavily exposed to campaigning on social media? We find that online political campaigns targeted on users' gender, geographic location, and political ideology had a signicant effect in persuading undecided voters to support Mr Trump, and in persuading Republican supporters to turn out on polling day. Moreover the effect of micro-targeting on Facebook was strongest among users without university or college-level education. 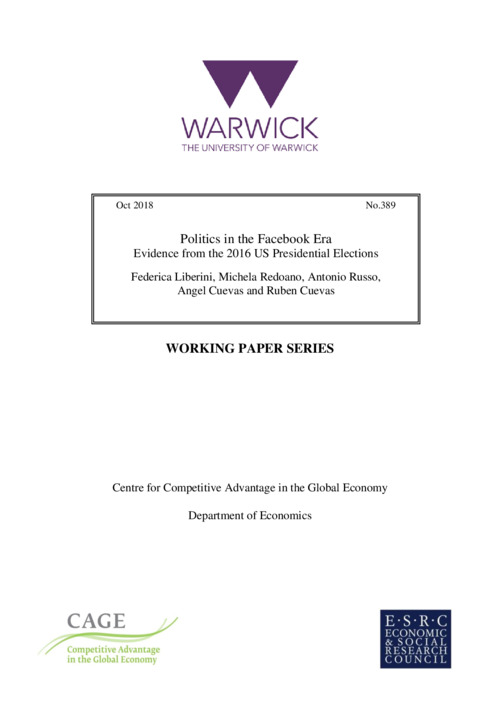