Should We Discount the Welfare of Future Generations? Ramsey and Suppes versus Koopmans and Arrow

Ramsey famously pronounced that discounting “future enjoyments” would be ethically indefensible. Suppes enunciated an equity criterion implying that all individuals’ welfare should be treated equally. By contrast, Arrow (1999a, b) accepted, perhaps rather reluctantly, the logical force of Koopmans’ argument that no satisfactory preference ordering on a sufficiently unrestricted domain of infinite utility streams satisfies equal treatment. In this paper, we first derive an equitable utilitarian objective based on a version of the Vickrey–Harsanyi original position, extended to allow a variable and uncertain population with no finite bound. Following the work of Chichilnisky and others on sustainability, slightly weakening the conditions of Koopmans and co-authors allows intergenerational equity to be satisfied. In fact, assuming that the expected total number of individuals who ever live is finite, and that each individual’s utility is bounded both above and below, there is a coherent equitable objective based on expected total utility. Moreover, it implies the “extinction discounting rule” advocated by, inter alia, the Stern Review on climate change. 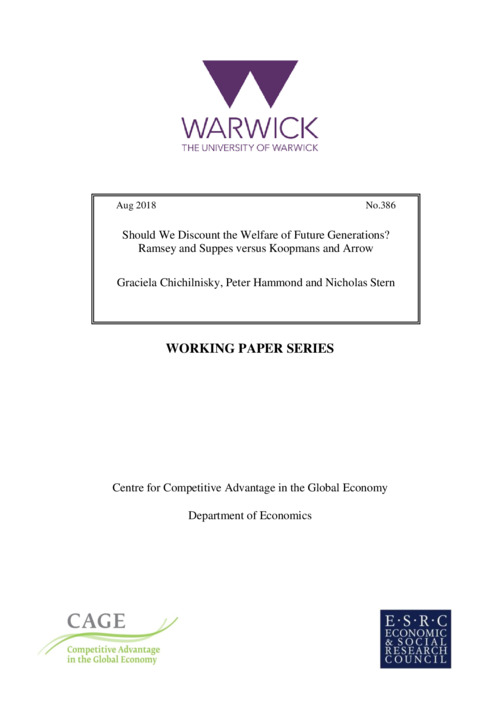