The Soviet economy: the late 1930s in historical perspective

This paper is draft of the concluding chapter of The industrialisation of Soviet Russia,vol.7:The Soviet economy and the approach of war,1937– 1939, in preparation for publication by Palgrave Macmillan. We consider the development of the Soviet economy over the period of the series, that is, from the launching of the first five-year plan and the collectivisation of agriculture to the outbreak of the Second World War. We review, in turn, the pattern of forced industrialisation, the measurement and mismeasurement of economic progress, the extraordinary militarisation of a mobilised society and economy, the emergence of the Soviet Union as a global military power, and the scope for reforms within the economic system that Stalin created and ruled over.

The Industrialisation of Soviet Russia Volume 7 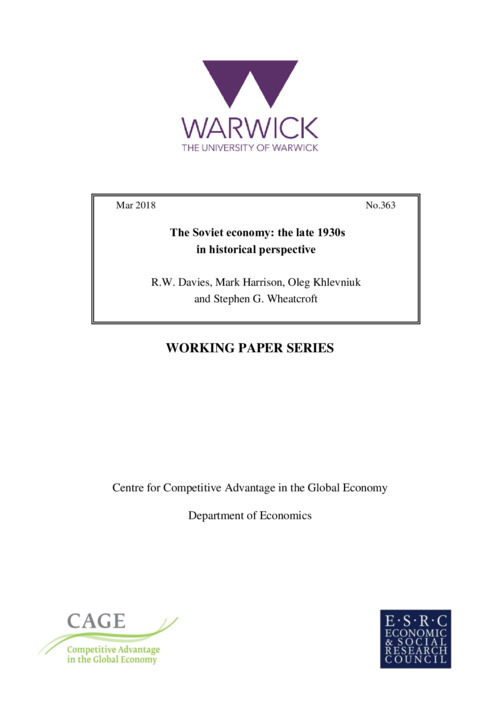