The outcome of the UK’s Brexit Referendum has been blamed on political factors, such as concerns about sovereignty, and economic factors such as migration, and trade integration. Analyses of the cross-sectional referendum voting pattern cannot explain how anti-EU sentiment built up over time. Since UKIP votes in the 2014 EU Parliament elections are the single most important predictor of the Vote Leave share, understanding the rise of UKIP might help to explain the role of political and economic factors in the build-up of Brexit. This paper presents new stylized facts suggesting that UKIP votes in local, national and European elections picked up dramatically in areas with weak socio-economic fundamentals, but only after 2010, at the expense of the Conservatives, and partly also Labour. The timing suggests that the Government’s austerity measures might have been a crucial trigger that helped to convert economic grievances into UKIP votes, putting increasing pressure on the Conservatives to hold the EU Referendum. 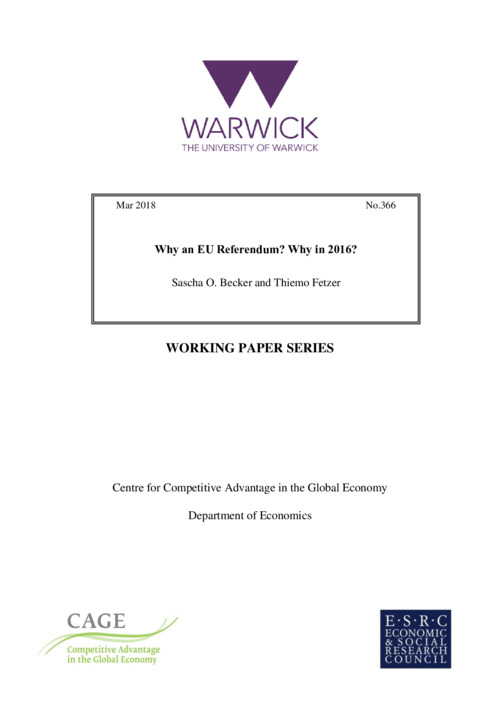