Contracting for Counterintelligence: the KGB and Soviet Informers of the 1960s and 1970s

The informer network was a part of the human capital of the communist police state, which had the property of dissolving the freestanding social capital of ordinary citizens. How was it built, and what was the agency of the informers in the process? A few documents from the archives of the Soviet security police allow us to see good practices as the KGB saw them. They show some of the routes by which informers came to the attention of the KGB, their varied motivations, and their social and psychological strengths and weaknesses. The pivot of the process was a contract for counter-intelligence services. The contract itself was partly written, partly verbal or implied, and highly incomplete. Before the contract, searching and due diligence were required to identify potential recruits. After the contract, to turn a recruit into a productive informer involved a further period of training and monitoring, often extending to renegotiation and further investments by both sides in the capabilities of the informer and the relationship of trust with the handler. Trust and deception were two sides of the informer’s coin. 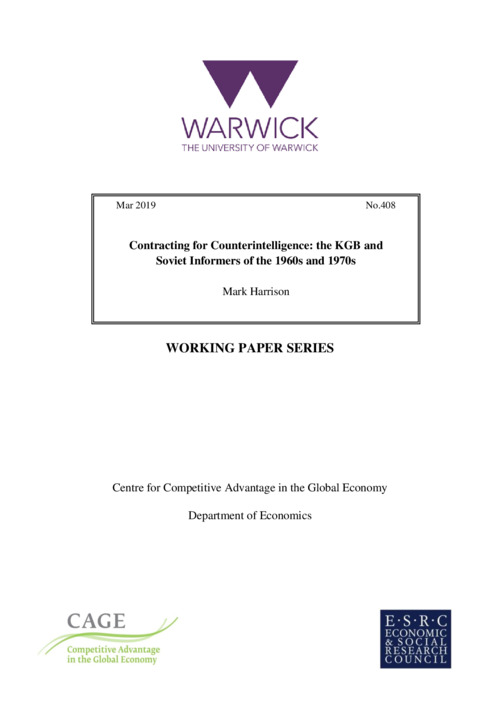