Education and Polygamy: Evidence from Cameroon

We take advantage of a wave of school constructions in Cameroon after World War II and use variations in school supply at the village level to estimate labor and marriage market returns to education in the 1976 population census. Education increases the likelihood to be in a polygamous union for men and for women, as well as the overall socioeconomic status of the spouse. We argue that education increases polygamy for women because it allows them to marry more educated and richer men, who are more likely to be polygamists. To show this, we estimate a structural model of marriage with polygamy. The positive affinity between a man’s polygamy and a woman’s education is mostly explained by the affinity of education. 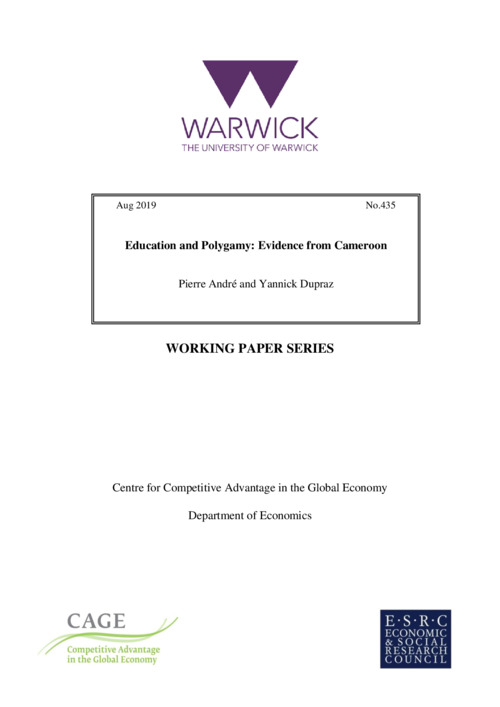