Electoral Competition and Corruption: Theory and Evidence from India

In developing countries with weak enforcement, there is implicitly a large reliance on re-election incentives to reduce corruption. In this paper we extend existing models of post-election accountability with pure moral hazard to incorporate heterogeneous voters. In contrast to this existing literature, we show that electoral discipline is a weak instrument for improving accountability in a majoritarian voting system. More specifically, our model predicts that not only does corruption increase with competition under some conditions, but that the only type of corruption that is responsive to electoral competition is one where voters lose private benefits from the corruption, while corruption in public goods is not responsive. Consistent with these hypotheses, novel panel data on village level audits of one of India's largest rural public works program suggest a U-shaped relationship between electoral competition and corruption, and responsiveness of corruption only in the private benefits of the program to competition. Our findings highlight the importance of credible penalties and the need for policy interventions that reduce pilferage in the public component of welfare programs, which entail larger welfare losses to citizens. 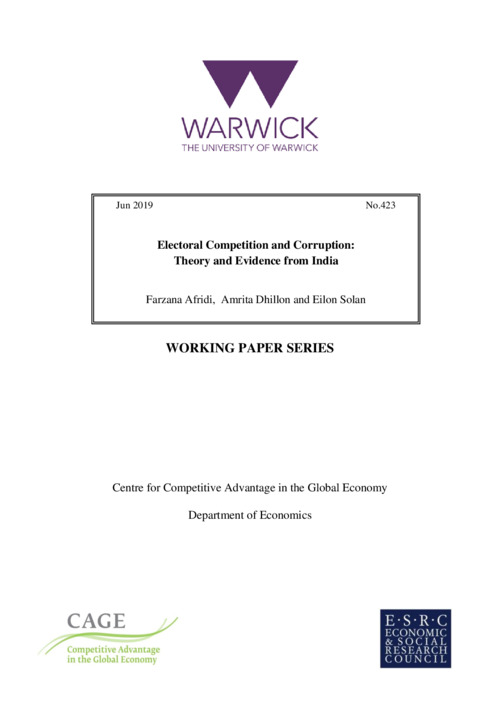