Expensive Labour and the Industrial Revolution: Evidence from Stable Employment in Rural Areas

In explaining the Industrial Revolution, the so-called high-wage hypothesis argues that mechanisation served to replace expensive labour. Supporting evidence comes from daily wages of urban construction workers and shows that these were higher in northwest Europe than in the south. We argue that casual urban wages overestimate the cost of early-industrial labour. Early factories were rural and thus did not pay an urban wage premium. Moreover, early factories employed stable rather than casual workers and thus did not pay a premium for job insecurity. We present novel premia-free wages paid to stable workers in rural Italy, which we compare to wages paid to similar workers in England. We find that English workers earned only 20 per cent more than their Italian counterparts in 1650, but a staggering 150 per cent more in 1800. Although our empirical evidence shows that the precondition for the high-wage hypothesis is still in place, it is no longer clear – because growing English wages and early industrialisation coincide – whether it was high wages that drove mechanisation or the other way around. 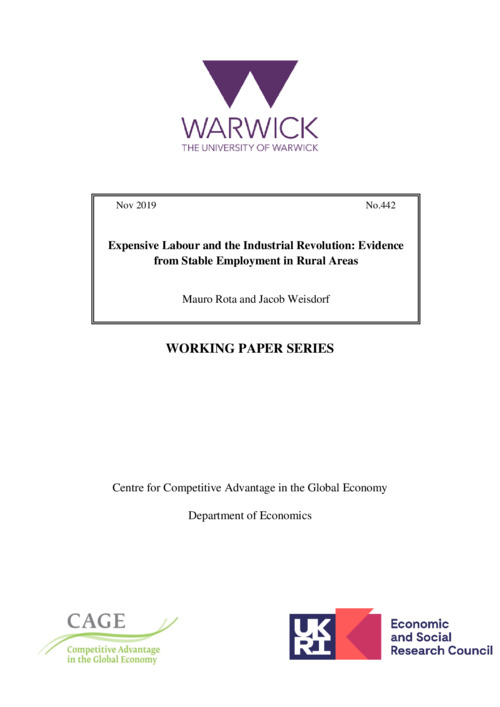