Housing insecurity, homelessness and populism: Evidence from the UK

Homelessness and precarious living conditions are on the rise across much of the Western world. This paper exploits exogenous variation in the affordability of rents due to a cut that substantially lowered housing benefit – a welfare benefit aimed at helping low income households pay rent. Before April 2011,local housing allowance covered up to the median level of market rents; from April 2011 onwards, only rents lower than the 30th percentile were covered.We exploit that the extent of cuts significantly depend on statistical noise due to estimation of percentiles. We document that the affordability shock caused a significant increase in: evictions; individual bankruptcies; property crimes;share of households living in insecure temporary accommodation; statutory homelessness and actual rough sleeping. The fiscal savings of the cut are much smaller than anticipated. We estimate that for every pound saved by the central government, council spending to meet statutory obligations for homelessness prevention increases by 53 pence. We further document political effects: the housing benefit cut causes lower electoral registration rates and is associated with lower turnout and higher support for Leave in the 2016 EU referendum, most likely driven by its unequal impact on the composition of those that engage with democratic processes. 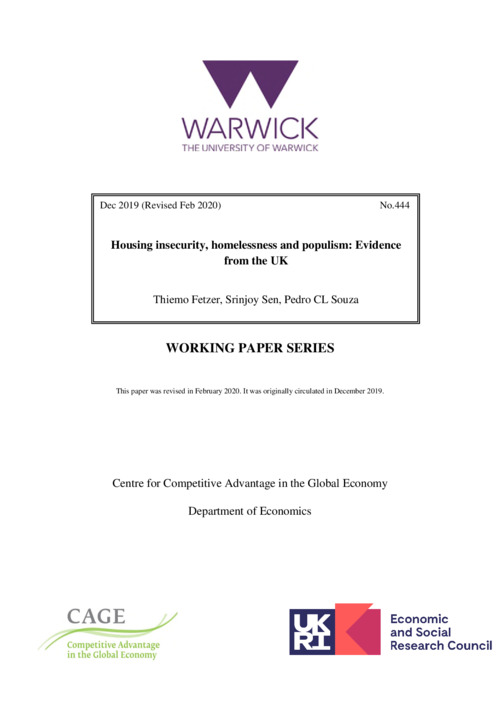