Why was the First Industrial Revolution English? Roman Real Wages and the Little Divergence within Europe Reconsidered 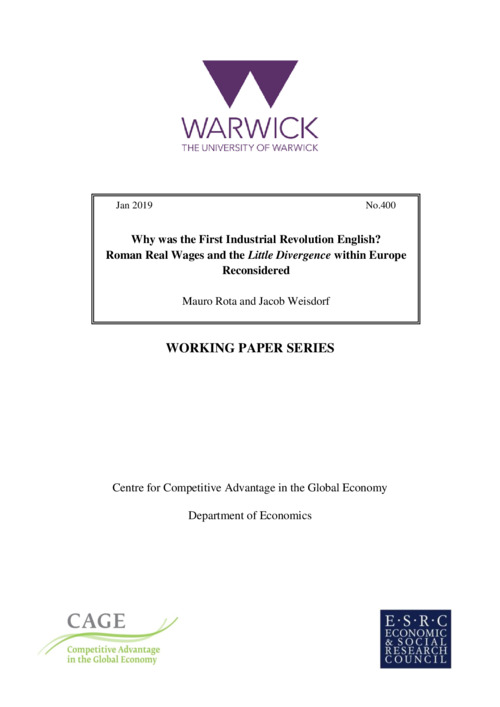