Immigration and attitudes towards immigration have been key features in economic development and political debate for decades. It can be hard to disentangle true beliefs about immigrants even where we have seemingly strong evidence such as the voting records of politicians. This paper builds an "immigration corpus" consisting of 24,351 U.S. congressional speeches relevant to immigration issues between 1990-2015. The corpus is used to form two distinct measures of attitude towards immigrants - one based on sentiment (or valence) and one based on the concreteness of language. The lexical measures, particularly sentiment, show systematic variation over time and across states in a manner consistent with the history and experiences of immigrants in the USA. The paper also computes a speaker specific measure of sentiment towards immigrants which is found to be a significant positive predictor of voting behaviour with respect to immigration related bills. Applying a Latent Dirichlet Allocation (LDA) topic modelling algorithm provides further insight into how different topics (such as border security or national security) have risen and fallen in importance over time in the face of key events such as 9/11. 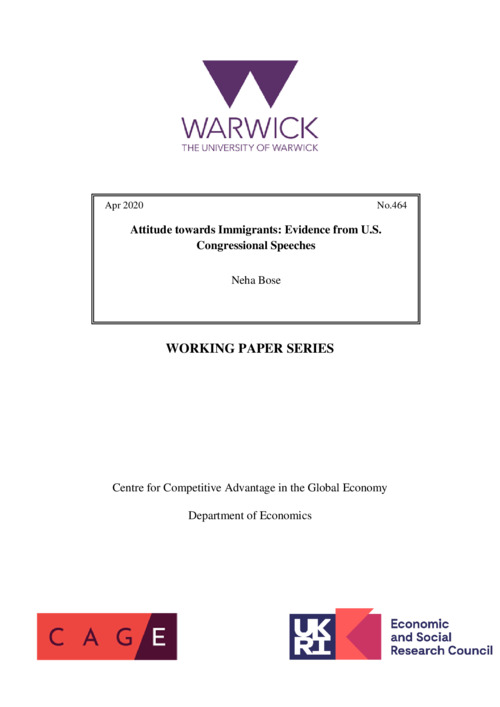