In two world wars, both sides committed substantial resources to economic warfare. Before the event, influential thinkers believed that the threat of blockade (and later of bombing) would deter aggression. When war broke out, they hoped that economic action might bring the war to a close without the need for a conclusive military struggle. Why were they disappointed, and what was the true relationship between economic warfare and combat between military forces? The answer to this question depends on the effects of economic warfare, which can be understood only after considering the adversary’s adaptation. When the full range of adaptations is considered, it becomes clear that economic warfare and combat were usually strategic complements; they acted together and did not substitute for each other. The paper examines this question both in breadth and more narrowly, focusing on the Allied air campaign against Germany in World War II. There are implications for history and policy. 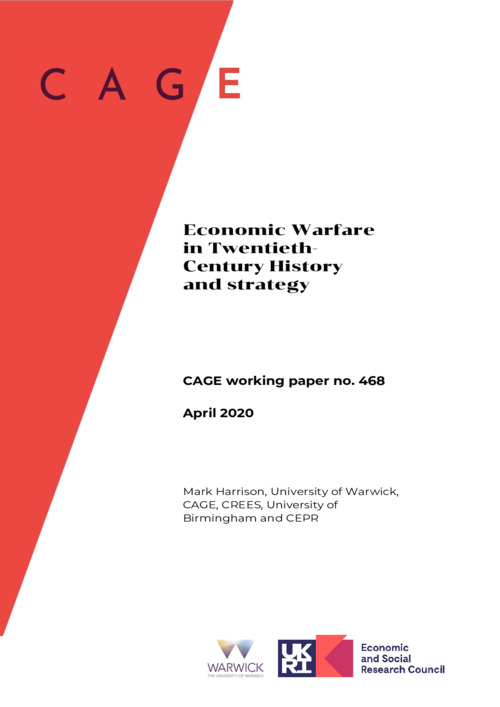