In this paper we study the contribution of migrants to the rise in UK top incomes. Using administrative data on the universe of UK taxpayers we show migrants are over-represented at the top of the income distribution, with migrants twice as prevalent in the top 0.1% as anywhere in the bottom 97%. These high incomes are predominantly from labour, rather than capital, and migrants are concentrated in only a handful of industries, predominantly finance. Almost all (85%) of the growth in the UK top 1% income share over the past 20 years can be attributed to migration. 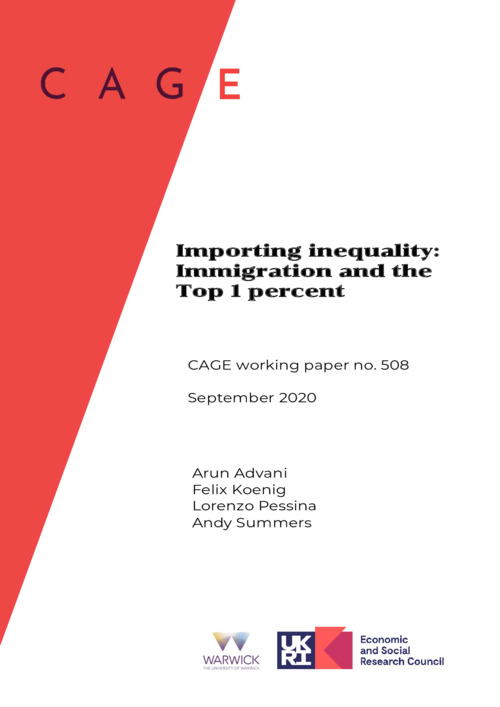