Religion in Economic History: A Survey

This chapter surveys the recent social science literature on religion in economic history, covering both socioeconomic causes and consequences of religion. Following the rapidly growing literature, it focuses on the three main monotheisms—Judaism, Christianity, and Islam—and on the period up to WWII. Works on Judaism address Jewish occupational specialization, human capital, emancipation, and the causes and consequences of Jewish persecution. One set of papers on Christianity studies the role of the Catholic Church in European economic history since the medieval period. Taking advantage of newly digitized data and advanced econometric techniques, the voluminous literature on the Protestant Reformation studies its socioeconomic causes as well as its consequences for human capital, secularization, political change, technology diffusion, and social outcomes. Works on missionaries show that early access to Christian missions still has political, educational, and economic consequences in present-day Africa, Asia, and Latin America. Much of the economics of Islam focuses on the role that Islam and Islamic institutions played in political-economy outcomes and in the “long divergence” between the Middle East and Western Europe. Finally, cross-country analyses seek to understand the broader determinants of religious practice and its various effects across the world. We highlight three general insights that emerge from this literature. First, the monotheistic character of the Abrahamic religions facilitated a close historical interconnection of religion with political power and conflict. Second, human capital often played a leading role in the interconnection between religion and economic history. Third, many socioeconomic factors matter in the historical development of religions.

The Handbook of Historical Economics 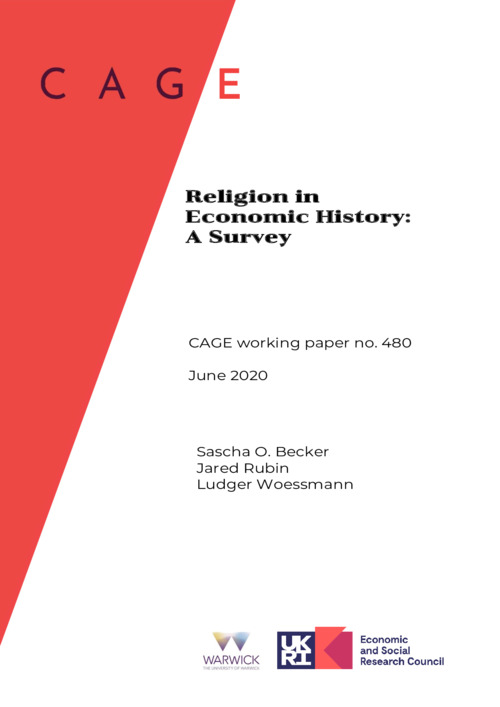