State capacity, schooling, and Fascist education: Evidence from the reclamation of the Pontine Marshes

States typically leverage on schooling to transmit desired values to the population. However, indoctrination through schooling typically requires teachers, school buildings and other capabilities. This paper documents that a low school capacity hampered the effort of the Italian fascist regime in transmitting a fascist ideology. I use evidence from a natural experiment of history—the reclamation of the Pontine Marshes. I argue that the reclamation acted as a shock in the regime’s school capacity. The design and construction of new rural villages gave the regime the opportunity to build schools on a large scale, improving the regime’s capability in transmitting a fascist ideology. This was hardly the case in the contiguous, pre-existent area, in the same province of Latina, where enrollment rates were low. I use this variation in schooling before WWII in an instrumental variable analysis. It shows that better educated areas in the province were more supporting of a post-fascist party in the elections freely held in 1948. Further analyses indicate that school capacity is a critical extensive margin of pedagogical reforms in shaping people values. 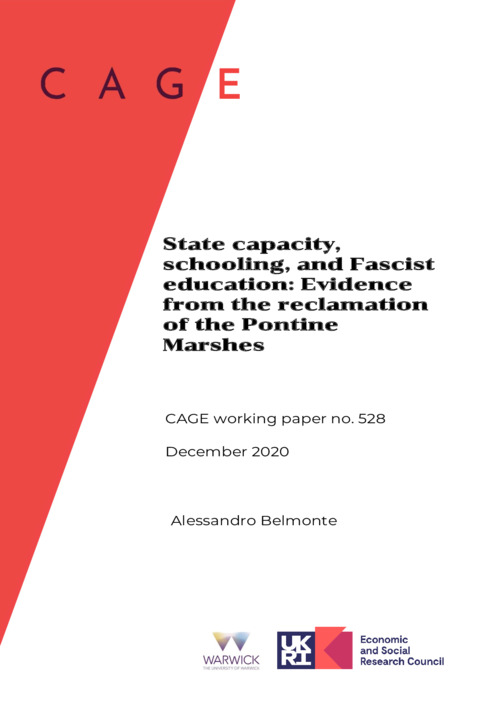