Who watches the watchmen? Local news and police behavior in the United States

Does media content influence local institutions? We study this question by looking at how a negative shock to local crime-related news, induced by the acquisition of local TV stations by the Sinclair Broadcast Group, affects U.S. municipal police departments. In particular, we implement a triple differences-in-differences design that exploits the staggered timing of acquisitions 2010-2017, together with cross-sectional variation in whether municipalities are covered by local news at baseline, a proxy for exposure to the shock. First, using a newly collected dataset of 300,000 transcripts of local newscasts, we document that once acquired by Sinclair, TV stations decrease news coverage of local crime. Second, we find that after Sinclair enters a media market, municipalities that were likely to be in the news at baseline experience 8% lower violent crime clearance rates with respect to municipalities that were very rarely in the news in the first place. The main mechanism we propose is that the change in content induces police officers to decrease the effort allocated to clearing violent crimes, due to a decline in the salience of crime as an issue in the public opinion. 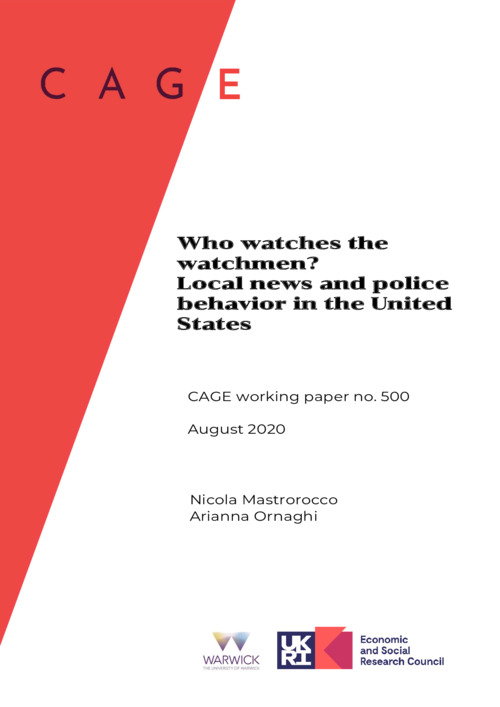