Winners and Losers from Enclosure: Evidence from Danish Land Inequality 1682- 1895

Institutional changes that increase efficiency regularly raise concerns about their distributional consequences, i.e. who the winners and losers are. We evaluate the distributional consequences of a fundamental transition that all agricultural societies underwent on their way to modernisation: the transition from traditional land rights to an institutional framework of unified and efficient property rights that laid the basis for increased agricultural productivity and population and income growth. For the case of Denmark, where this transition happened over a short period between 1780 and 1810, we show that enclosure of common land and open fields and unification of property rights increased agricultural efficiency, but at the cost of higher inequality in landholdings. This rise in rural inequality was the consequence of population growth, while access to land was effectively restricted. Thus, an almost constant number of family farmers gained from modernisation that allowed them to use the land more efficiently, while the rest of the growing population made up a growing number of smallholders and landless labourers. 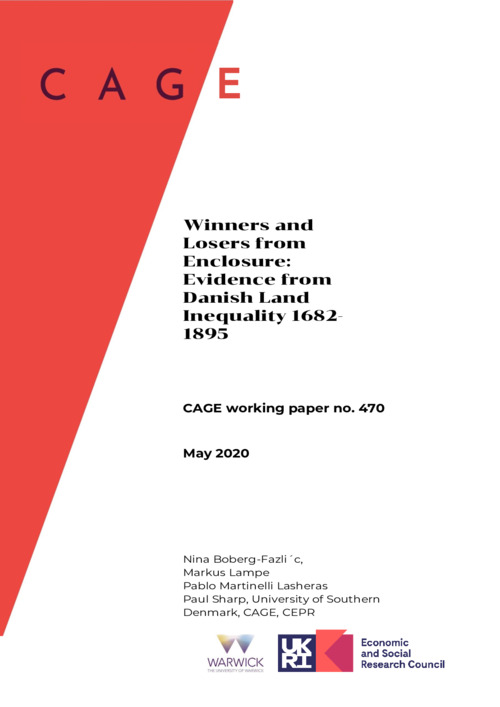