We study how popular rationales enable public anti-minority actions. Rationales to oppose minorities genuinely persuade some people. But they also provide “excuses” that may reduce the stigma associated with anti-minority expression, thereby increasing anti-minority behaviour. In a first experiment, participants learn that a previous respondent authorized a donation to an anti-immigrant organization and then make an inference about the respondent’s underlying motivations. Participants informed that their matched respondent learned about a study claiming that immigrants increase crime rates before authorizing the donation see the respondent as less intolerant. In a second experiment, participants learn about that same study and then choose whether to authorize a public donation to the anti-immigrant organization. Participants informed that their exposure to the rationale will be publicly observable are substantially more likely to make the donation than participants who are informed that their exposure will remain private. A final experiment shows that people are more willing to post anti-immigrant content on social media when they can use an anti-immigrant video clip from Fox News as an excuse. Our findings suggest that prominent public figures can lower the social cost of intolerant expression by popularizing rationales, increasing anti-minority expression. 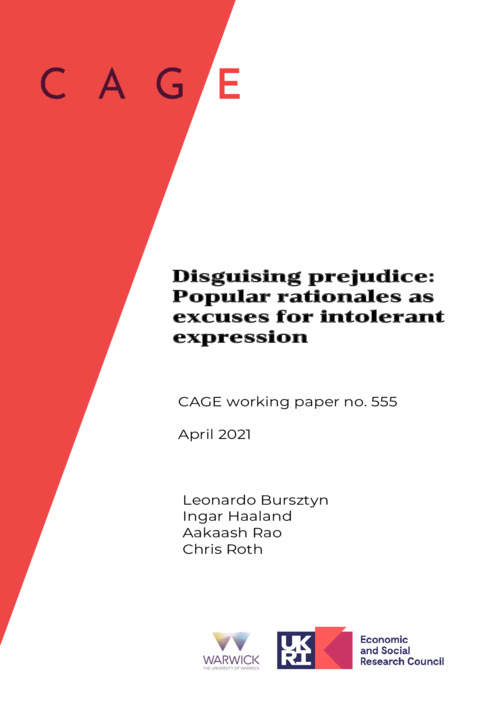