Freedom of the Press? Catholic censorship during the Counter-Reformation

The Protestant Reformation in the early 16th century challenged the monopoly of the Catholic Church. The printing press helped the new movement spread its ideas well beyond the cradle of the Reformation in Luther’s city of Wittenberg. The Catholic Church reacted by issuing indexes of forbidden books which blacklisted not only Protestant authors but all authors whose ideas were considered to be in conflict with Catholic doctrine. We use newly digitized data on the universe of books censored by the Catholic Church during the Counter-Reformation, containing information on titles, authors, printers and printing locations. We classify censored books by topic (religion, sciences, social sciences and arts) and language and record when and where books were indexed. Our results show that Catholic censorship did reduce printing of forbidden authors, as intended, but also negatively impacted on the diffusion of knowledge, and city growth. 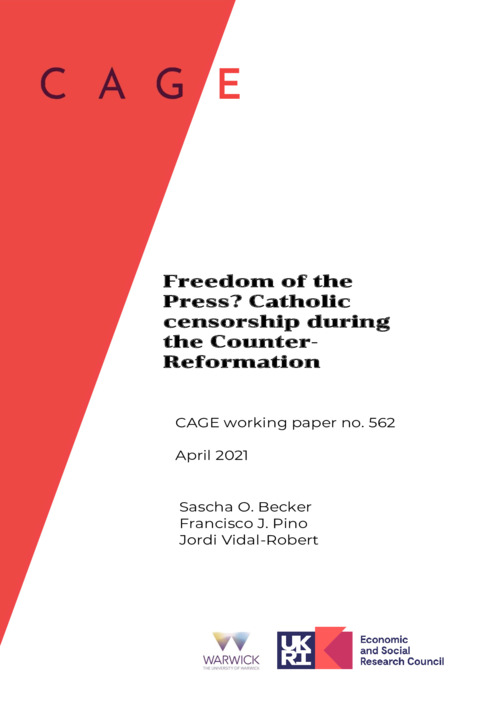