Micromotives and macromoves: political preferences and internal migration in England and Wales

When people migrate internally, do they tend to move to locations that reflect their political preferences? To address this question, we first compile a unique panel dataset on the universe of population movements in England and Wales across 346 local authority districts over the period 2002-2015, and estimate a gravity model of internal migration. We show that proximity in partisan composition exerts an important positive effect on migration flows, which is of a similar order of magnitude as wage differentials or ethnic proximity. We then use individual survey-based data over the same time period to investigate some of the micro-foundations underlying the “macromoves”. We find that political alignment to the district of residence contributes to individuals’ sense of belonging and ‘fitting in’ – consistent with the existence of a political homophily mechanism – and that a migrant’s political ideology can predict the partisanship of the destination district. 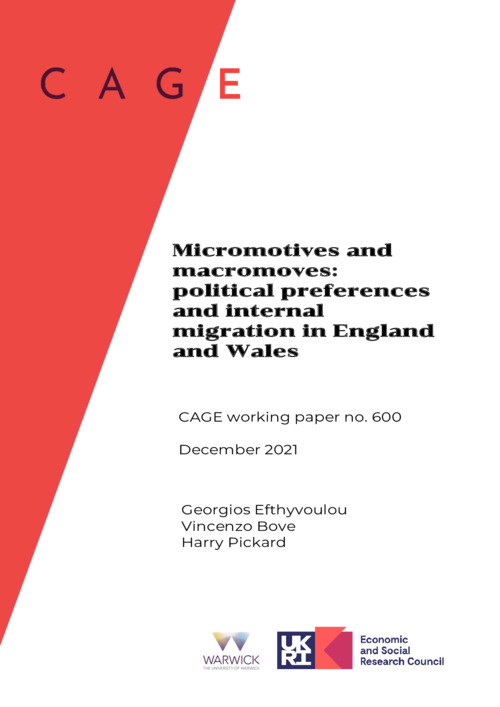