We document the outbreak of a trade war after the U.S. adopted the Smoot-Hawley tariff in June 1930. U.S. trade partners initially protested the possible implementation of the sweeping tariff legislation, with many eventually choosing to retaliate by increasing their tariffs on imports from the United States. Using a new quarterly dataset on bilateral trade for 99 countries during the interwar period, we show that U.S. exports to countries that protested fell by between 15 and 22 percent, while U.S. exports to retaliators fell by 28-33 percent. Furthermore, using a second new dataset on U.S. exports at the product-level, we find that the most important U.S. exports to retaliating markets were particularly affected, suggesting a possible mechanism whereby the U.S. was targeted despite countries’ MFN obligations. The retaliators’ welfare gains from trade fell by roughly 8-17%. 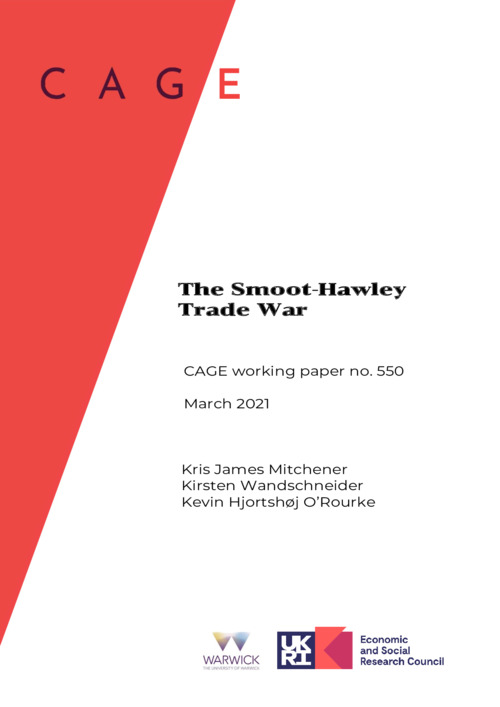