Lead exposure remains a significant threat to children’s health despite decades of policies aimed at getting the lead out of homes and neighbourhoods. Generally, lead hazards are identified through inspections triggered by high blood lead levels (BLLs) in children. Yet, it is unclear how best to screen children for lead exposure to balance the costs of screening and the potential benefits of early detection, treatment, and lead hazard removal. While some states require universal screening, others employ a targeted approach, but no regime achieves 100% compliance. We estimate the extent and geographic distribution of undetected lead poisoning in Illinois. We then compare the estimated detection rate of a universal screening program to the current targeted screening policy under different compliance levels. To do so, we link 2010-2016 Illinois lead test records to 2010-2014 birth records, demographics, and housing data. We train a random forest classifier that predicts the likelihood a child has a BLL above 5µg/dL. We estimate that 10,613 untested children had a BLL≥5µg/dL in addition to the 18,115 detected cases. Due to the unequal spatial distribution of lead hazards, 60% of these undetected cases should have been screened under the current policy, suggesting limited benefits from universal screening. 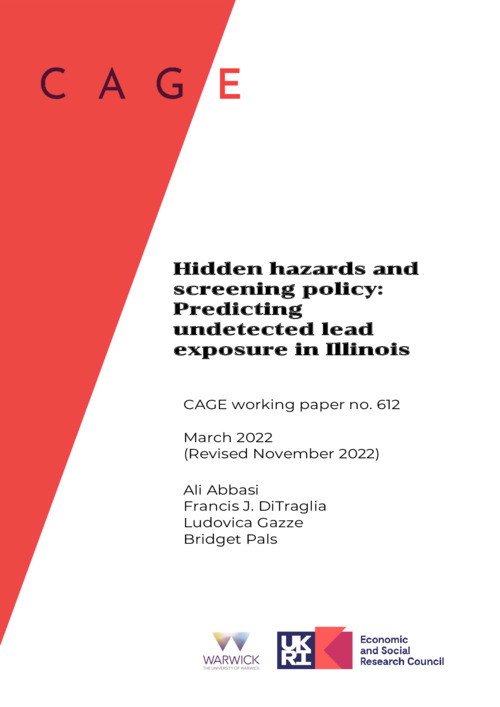