More than 500 people took part in the workshops, talks and activities organised by the University of Warwick for this year’s Festival of Social Science.

University researchers took to Coventry and Warwickshire’s streets, bars and community centres to share insights from their work, tackling topics from the nature of time itself and the puzzle of DNA to taxes and accents and found an enthusiastic and interested audience. 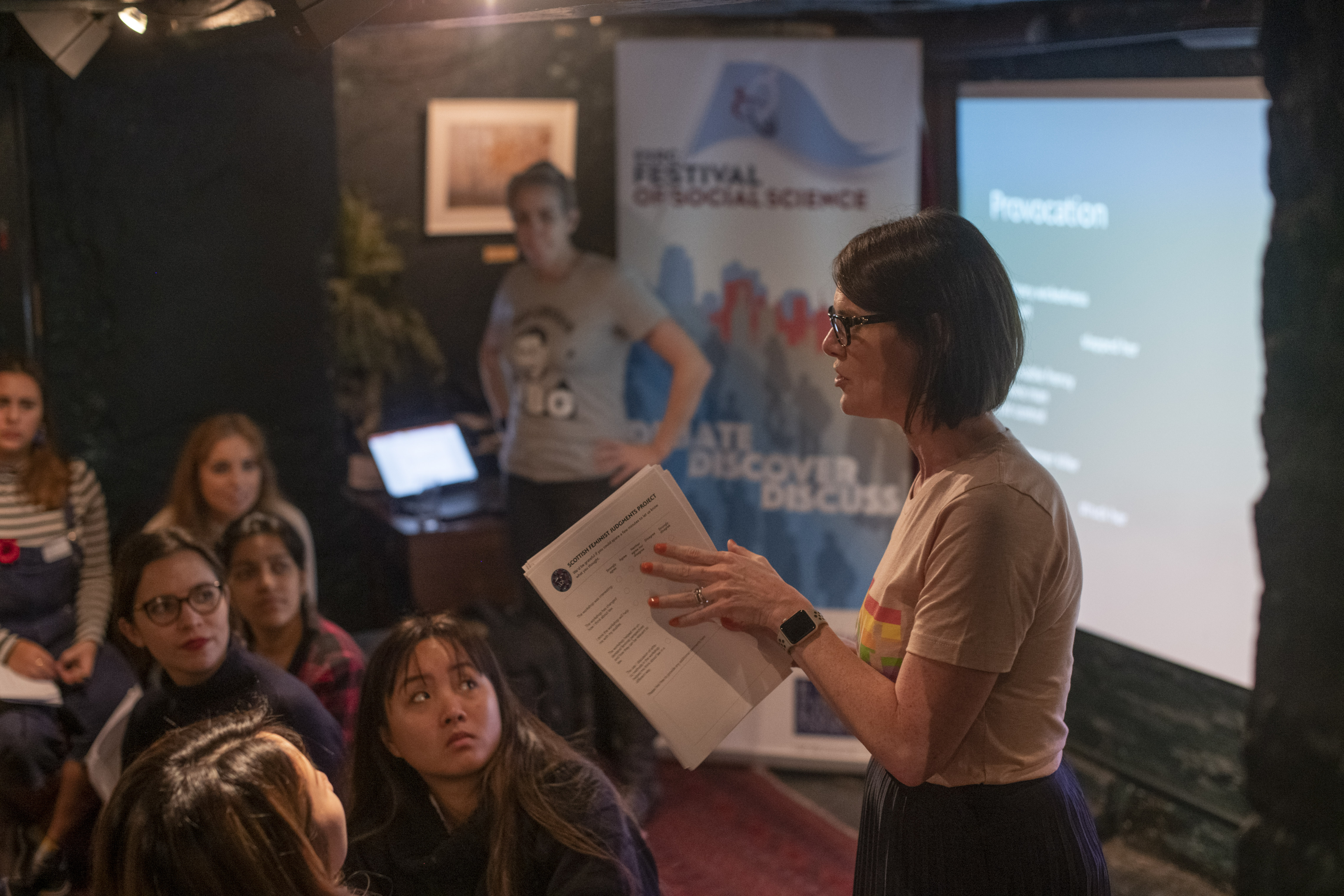 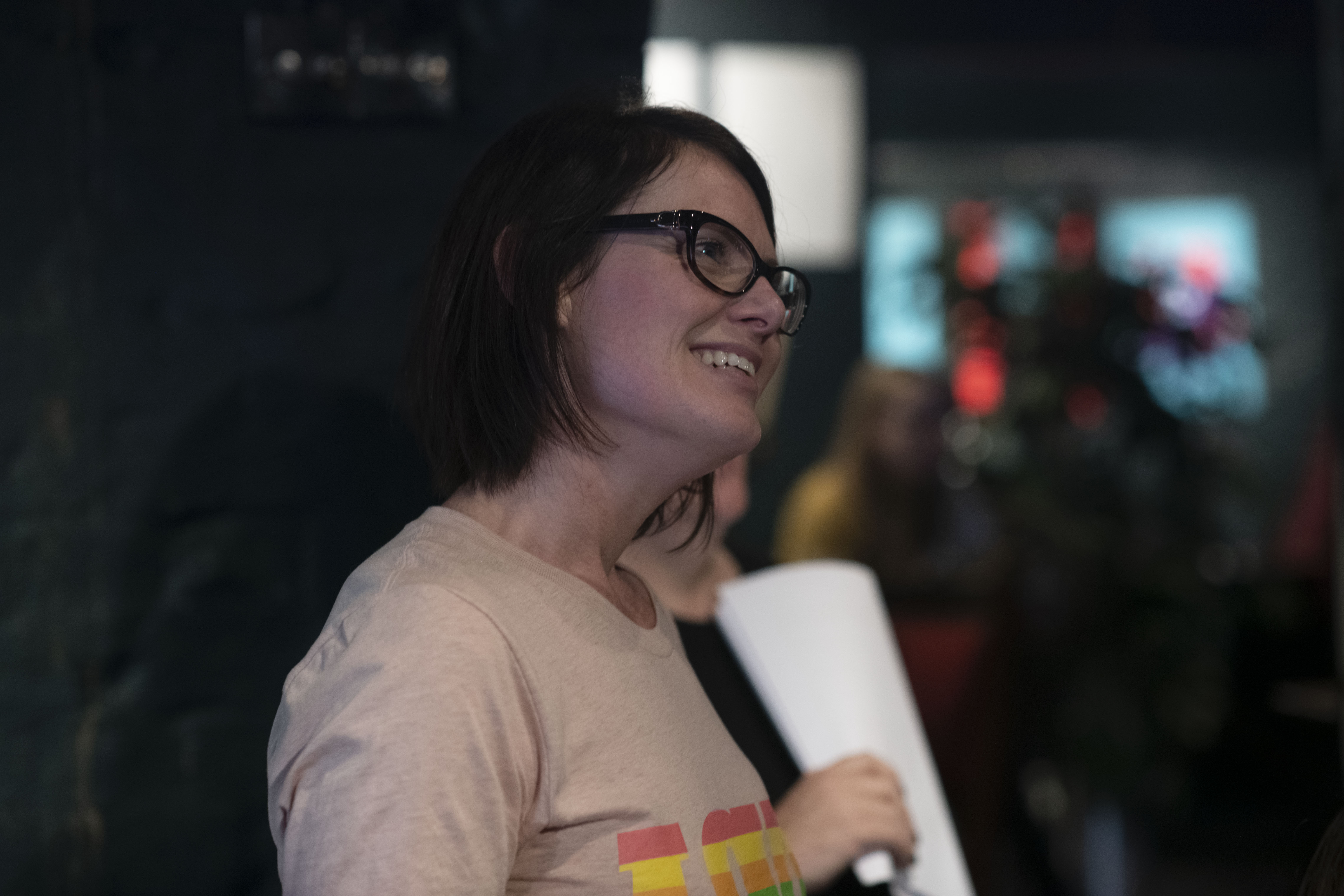 The first session - which Vanessa and Sharon were helped to run by two Warwick PhD students, Martha Gayoye and Alice King - was attended by 35 students from Warwick, Coventry and Birmingham Law Schools. Over the 3 hour session, students were introduced to key methods in feminist judging and had the chance both to draft their own section of a judgment and to explore more creative techniques by writing a ‘found poem’ about their case.

In the second session, academics, legal practitioners, activists, artists and other members of the local community were encouraged by Vanessa and Sharon to think about how the outcomes of legal cases may have differed if the judge had adopted a feminist perspective.

As part of both workshops, visitors were taken on a journey through the politics and impact of selected legal cases, through the medium of the artistic work produced as part of the Scottish Feminist Judgments Project. On display at the Temperance Café that day were – photographic portraits produced by Jo Spiller, illustrations created by Rachel Donaldson, poetry and a short story written by Jay Whittaker and Jess Orr respectively, a musical score composed by Alison Burns, a filmed piece of theatre performance produced by Sofia Nakou and Becky O’Brien, and pieces of textile art designed and crafted by the SFJP’s artistic coordinator, Jill Kennedy-McNeill. 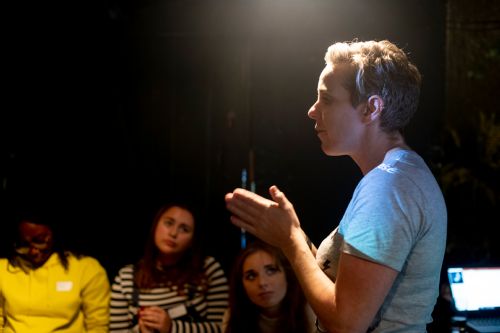 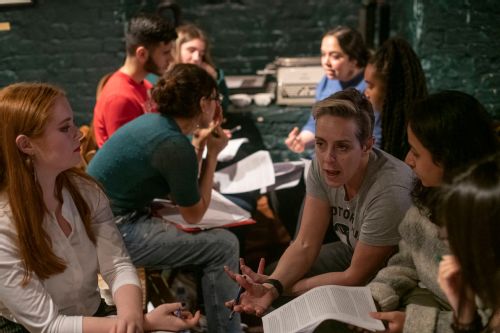 Vanessa said: “while the SFJP workshops and art exhibition have drawn great attendances across Scotland, we had no idea what to expect in bringing the project ‘down south’. But we were delighted with the response. Students from the morning workshop commented that they had found it an empowering, awakening and also quite emotional experience, and that the artwork had really encouraged them to think about law in more creative ways. Meanwhile, those who attended the afternoon session – from the local community, third sector and state agencies, as well as creative arts – were really struck by the contrast between law’s purported objectivity and the ways in which perspective matters in the determination of legal claims as much as in the creation of artistic work.”

Organised with support from the Economic and Social Research Council, the Festival is held across the UK every autumn and aims to show how the work social science academics do can explain and influence the world around us. You can find out more about the SFJP, and take a tour of the digital version of their artwork exhibition, on their website - https://www.sfjp.law.ed.ac.uk/