Gurdeep Garcha, who read Law at Warwick from October 1992 to June 1995 was informed on the 15 January 2020 that Her Majesty the Queen had approved the Lord Chancellor’s recommendation that he be appointed Queen’s Counsel. Gurdeep will be formally be sworn in as silk at the Palace of Westminster on the 16 March 2020.

Gurdeep was called to the bar in 1997 and has established a reputation as one of the most in-demand criminal juniors on the Midland Circuit and beyond. He is currently a practising barrister at Citadel Chambers in Birmingham and frequently appears in the most high-profile cases, specialising in the defence of homicide, organised crime, drugs and serious sexual offences.

Sir Alex Allan, Chair of the Selection Panel, said: “I am delighted at the announcement of the new silks. I congratulate each one of them… Each year, the Panel has the difficult task of identifying the truly excellent advocates. I am confident that those appointed today truly deserve to be Queen’s Counsel.”

The appointment of Queen’s Counsel is the pinnacle of a Barrister’s career. It is essentially a recognition of excellence in advocacy - both written and oral. The core criteria for appointment is that the applicant must demonstrate excellence in a number of different competencies including: knowledge and use of the law, oral and written advocacy, leadership and working with others, and diversity. Nothing less than excellence is enough and many good applicants fail, even where they score as “very good” in each competency.

The Royal Warrant which each successful applicant receives (signed by Her Majesty) appointing each Q.C. describes the barrister as “Her Majesty’s counsel learned in the law.”

This year 258 applications were made. Only 114 applicants have been appointed.

Gurdeep shared, “This is, of course, a huge moment for me professionally and has caused me to reflect upon the various milestones on my journey to this point. There is little doubt in my mind that my degree at Warwick has been pivotal in setting me on the road to success. I look back at those times with great fondness and gratitude.”

We caught up with him to find out more about this fantastic achievement.

Can you tell us a little more about what the role will involve?

I practice exclusively in criminal law. What my elevation means is that essentially I will now concentrate on the most serious of cases. In those cases I will ordinarily lead a junior barrister and head up the team (including the solicitor and client). In terms of the case load, this means I will essentially deal with murder/manslaughter cases as well as other serious cases, including terrorism or very serious drugs and sex offences. Silks also feature and are often consulted in cases of legal complexity - or where new or novel points of law arise.

How do you feel about being selected? 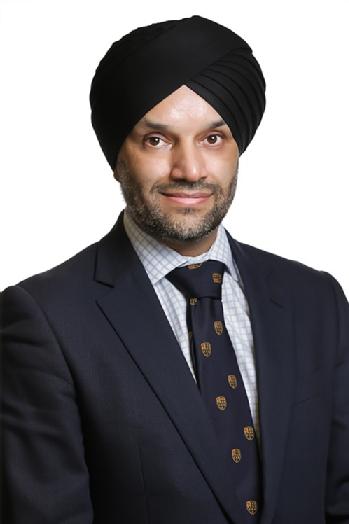 I feel delighted at being appointed as Queen’s Counsel. It is the pinnacle and is in fact, more prestigious even than being appointed a Judge. This is the culmination of a 22 year journey, from when I was called to the Bar in 1997. I am especially proud of the fact that I have achieved this appointment, having come from humble roots. I was brought up in Birmingham by working class parents who arrived in England in 1965. Neither of my parents have any formal schooling. I am the first BAME Q.C. to be appointed at the Birmingham Criminal Bar. That is a hugely significant moment and I welcome the opportunity to act as an inspiration to others from a similar background to mine.

What are your plans for the future?

My plans for the future are to develop as successful a practice in Silk as I had a junior barrister. That is the challenge of being self-employed. You are as good as your last case and your last result. It is in equal parts a challenge and a thrill.

How did your time at Warwick prepare you for this role?

Warwick was crucial in the journey to becoming a Q.C. Having a law degree from such a prestigious University opened many doors thereafter. I was swiftly able to secure pupillage in a leading chambers in London, because of my academic background. Warwick’s 'law in context’ approach also helped shape my approach to cases from an early stage. As a practitioner, I very much have in mind the reality of the case I am dealing with - the human being and their social, economic and cultural status - and not to just get bogged down in the legal niceties of the offence with which they have been charged.

I have very fond memories of my time as an undergraduate at Warwick and it provided a fabulous environment in which to learn and develop, as well as being the most fun-filled 3 years of my life. Having graduated nearly 25 years ago, I still look back on those days with very happy memories and my occasional trips back to campus are always enjoyable.

I would love to visit the Law School to meet with the students. I am the Head of Pupillage in my Chambers and so keep a very keen eye on the next generation of talent.

Congratulations again Gurdeep on such an amazing achievement and your successful career to date.

Find out more about Gurdeep and Citadel.