On 11th April, as part of the GULF project, IERG researchers delivered a workshop on 'Technology, Democracy, and Security' at Hong Kong University's Department of Philosophy. Tom Sorell, Chris Nathan, Jethro Butler and Kat Hadjimatheou presented recent work on the ethical issues around bulk collection, privacy and policing. The event was chaired by HKU's Uwe Steinhoff. 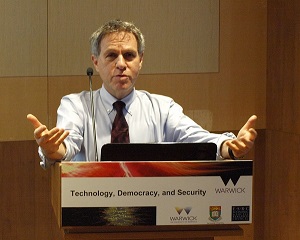 From Hong Kong the team flew to Australia, where they visited Canberra's Centre for Applied Philosophy and Public Ethics. On 13th April Kat Hadjimatheou presented a paper at the CAPPE seminar entitled 'Do we Have a Right to Know About the Criminality of Others?'. On 14th April Tom Sorell and Chris Nathan presented at a CAPPE-hosted workshop 'Policing the Virtual World'. They spoke alongside senior Australian police and policy officers as well as other academics. A programme from the day is available here.

While in Australia, the team also took the opportunity to meet and plan future collaborations with Australian academics at the Charles Sturt Graduate School of Policing and at Monash University in Melbourne.