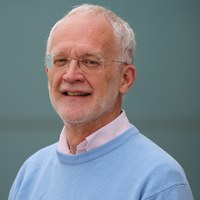 Commenting on the ongoing pro-democracy protests in Hong Kong Professor Peter Ferdinand, Associate Professor of Politics and International Studies at the University of Warwick argues that both the authorities and protestors "feel that they have legitimacy on their side" and are "edging into intransigent positions that will make mutual accommodation more difficult".

Professor Ferdinand warns that a crack-down on protests "would provide further grist to the mill of China's critics abroad, especially in the US" and "would revive anti-PRC critics on Taiwan".

Between 1993-4 Professor Ferdinand was a specialist adviser to the House of Commons Foreign Affairs Select Committee enquiry into UK relations with China up to and
after the hand-over of Hong Kong in 1997.

The confrontation between demonstrators and the authorities in Hong Kong bears many of the same features as that in Beijing in the summer of 1989. Both sides seem to be edging into intransigent positions that will make mutual accommodation more difficult. Both feel that they have legitimacy on their side. The authorities feel that they have been relatively tolerant of impertinent student protests (and compared to what happens on the mainland, they have), whilst the student leaders feel that they have public opinion behind them. So far there have been no major casualties. But all that could change if either side moves to more direct violent action, especially if it led to loss of life.

Neither the Hong Kong students, nor the Beijing leaders have experience in handling public protests on this scale in front of the world's media. The possibility of unexpected consequences is high. And for Beijing there is the added problem of having to deal with it all at arm's length through the Hong Kong government, without the immediate availability of large numbers of PLA troops in the SAR. Yet if they do little or nothing and hope that the demonstrations blow themselves out through exhaustion, as nearly happened on Tiananmen Square in 1989, they may inadvertently embolden people on the mainland to come out with their own demands for change, as also happened widely throughout the rest of China in 1989. So what happens in Hong Kong cannot be kept apart from the mainland. And the technology for direct communication between protestors is far more advanced than it was then, even if they also have to contend with the 'Chinese firewall'.

Any violent crackdown would seriously undermine the regime's current campaign to encourage Chinese people to dream 'the Chinese dream', because it would show that some Chinese at least dream differently and the regime could not accept that. And it would provide further grist to the mill of China's critics abroad, especially in the US. It would revive anti-PRC critics on Taiwan. So the stakes are high for everyone. The potential impact upon global politics and global economics is considerable and as yet there is no clear way out.

For further information or to arrange an interview with Professor Ferdinand please contact: