Chocolate-powered racing cars, creativity and curry will be on the menu when the University of Warwick celebrates its fiftieth birthday.

To mark turning 50, the University will be holding the Festival of the Imagination on Friday 16 and Saturday 17 October. Taking place at its central campus three miles from Coventry city centre the festival will be the centrepiece of its 50th anniversary celebrations. A full programme of events open to the public focusing around the central theme 'Imagining the Future' will be staged to highlight the work conducted at Warwick.

“This public two day Festival of the Imagination will help us share our fiftieth anniversary with the public. Our campus will be filled with events to both spark debate and entertain while also celebrating our work and the contribution the University of Warwick has made locally, nationally and internationally.”

The events will cover a diverse range of topics and activities from testing racing skills in a track driving simulator to music to cookery demonstrations.

Across the Friday evening and whole of Saturday the University’s Butterworth Hall will be transformed into the Interactive Discovery Zone which will showcase some of the University’s most innovative research and learning. Aimed at families the zone will offer adults and children the opportunity to conduct science experiments. Topics which will be explored include the future of solar powered trees, how chocolate powered racing cars work and what life is like in a freezer featuring a question and answer session with local polar explorer Mark Wood.

As part of the festival the University will be hosting a free local schools’ event for around 900 school pupils and their teachers. The day has been offered to all schools in Coventry and Warwickshire and has been designed especially for year six pupils. They will have the opportunity to explore the Discovery Zone before anyone else, meet top academics from a broad range of disciplines and watch an interactive talk from Warwick’s outreach team.

BBC’s Saturday Kitchen regular and honorary graduate Vivek Singh will be exploring the benefits of Indian spices on health and wellbeing. The owner of London’s fashionable Cinnamon Club will be joined on stage at Warwick Arts Centre by Professor Sudhesh Kumar, Dean of Warwick Medical School to explore how certain foods can improve your health.

On Saturday evening one of the key figures of Coventry’s Two Tone movement, The Selecter singer Pauline Black, will be part of a panel reflecting on the social effect of the musical genre. In the late 1970s and early 1980s the movement promoted and celebrated multiracialism, posed a challenge to Thatcher's Britain, and brought ska and reggae to new heights of popularity across the country.

The University will be teaming up with the Cheltenham Festivals to entertain audiences. A variety of shows will be on offer covering improvised music and comedy, social issues and the 50 years in 50 minutes show. For one night only the University will be visiting the past half century looking at the stand out moments in the arts and science and the news stories that shook the world.

From the past to the future BBC Radio 4’s The Human Zoo programme will be visiting the campus to lead a discussion about whether science will ever allow us to reveal our hidden motives and beliefs, and understand ourselves and each other. Presenter Michael Blastland will be joined by Professor of Behavioural Science at Warwick Business School Nick Chater for a panel discussion and interactive audience experiments.

And as Britain is a world leader in media and the arts with many Warwick graduates leaders in these fields creativity will be the topic of several events. The issue will be discussed by a panel hosted by former BBC media correspondent and Warwick graduate Torin Douglas featuring former BBC 1 controller Peter Salmon and journalists from The Observer, Daily Telegraph and News International.

Finally food and drink will be on offer throughout the festival; international street food will be available in the University plaza and Warwick’s own specially brewed beer called the Hopping Grad will be on sale. There will also be a selection of classic cars on campus parked outside Warwick Arts Centre in recognition of Coventry’s past present and future.

In April the University of Warwick was ranked as one of the top ten young universities in the world by the Times Higher Education. The magazine’s 100 Under 50 league table, ranks what it considers are the 100 best universities around the globe under the age of 50. Warwick also secured first place as the best of the UK’s youngest universities.

Many of the events are free but should be booked in advance, however booking isn’t required for the Discovery Zone. For further details and to book tickets visit www.warwick.ac.uk/imagination 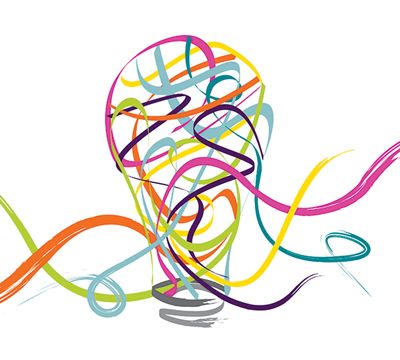