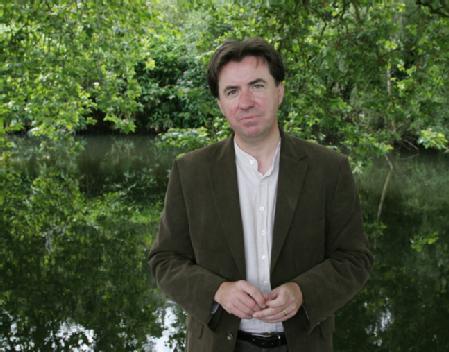 Professor David Morley from the English and Comparative Literary Studies Department at the University of Warwick has received a Cholmondeley Award for his body of work and for his contribution to poetry.

The prize was presented by John Agard at the Society of Authors’ Awards, held at the Army and Navy Club this summer.

Professor David Morley is an award-winning British poet and critic who has published twenty books, including eight collections of poetry. He currently teaches the Warwick Writing programme. While at the University of Warwick he has received a Warwick Award for Teaching Excellence and a National Teaching Fellowship. He co-directs The Warwick Prize in Writing and develops projects with Monash University in Melbourne. His published work includes The Gypsy and the Poet (Carcanet) and The Cambridge Introduction to Creative Writing (Cambridge University Press).

“Original, inventive, magical, often using a startling lexicon – including that of the Romnay language – David Morley is one of our most exciting poets. He is also a distinguished critic, ecologist and professor of creative writing.”

“I always feel when I sit down to a write a poem, I have to relearn how to write a poem and when I write a book I’m learning how to do it for the first time. A Selected should be a survey of work, taken in chronological order. But I wanted to take that form of the book, and reinvent it so it feels fresh. I completely rewrote some of the poems, I reordered them, I left out some of my ‘darlings’. I wanted to recognise that a book like this can be a beginning, and a way of knowing yourself.”

These awards for poets were founded by the late Dowager Marchioness of Cholmondeley in 1966 to recognise achievement, distinction and contribution to poetry.