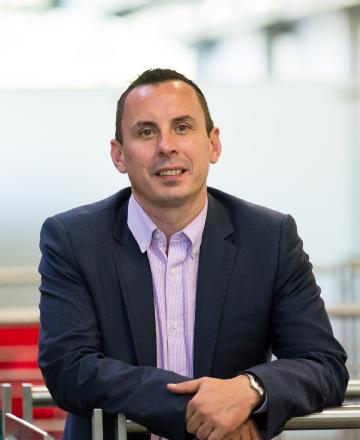 Smart infrastructure company Costain have just announced that they are joining I-Trace, a part-government funded project led by Cisco and involving a consortium of partners including WMG at the University of Warwick, BT and Senseon to conduct cybersecurity trials in real-world infrastructure settings.

WMG have already been working closely with Costsin on an IoT (internet of things)-enabled Data across the Supply Chain (SIDS) project, which is funded by the WMG Centre High Value Manufacturing (HVM) Catapult. That project aims to develop a set of principles of cyber secure data sharing in a networking infrastructure, such as a manufacturing supply chain. The research team, led by WMG’s Professor Carsten Maple, hoped to allow businesses to take a risk-based approach to data sharing, encouraging industries to be more connected.

“The SIDS project is an integral component of our work in designing secure and resilient supply chains. Within a smart factory, you are in control of your own data. But if you start to add other parties into that, you need to understand what the risks are and how to mitigate them. For example, if you can turn your production system on via a mobile phone, you need to know the cyber security credentials of the network provider, the phone manufacturer, the app developer and so on.”

Professor Maple and his team at WMG at the University of Warwick have had a long-standing research partnership with Costain, to explore and apply the principles of secure data sharing.

Kevin Reeves, Director of IoT & Digital Twin at Costain, is an Honorary Research Fellow at WMG and he has been working with us to understand how digital manufacturing and production-based approaches can be applied to design and build activities in infrastructure projects as part of a digital transformation programme at Costain. Kevin explains:

“In production, it is all about repeatability. At Costain, we wanted to introduce a greater degree of standardisation into infrastructure projects. This will mean quicker mobilisation, fewer training costs, standard digital tools and services across the business. Doing this means integrating systems with suppliers and clients, which brings new challenges and the need for tighter security.”

Using the principles of secure data sharing developed in the SIDS project, Kevin has worked with WMG to create a digital blueprint of their enterprise system, so that they could assess their vulnerability to cyber-attacks, and shore-up their system, giving assurance to the entire supply chain.

This partnership with WMG has supported Costain in achieving the Cyber Essential Plus Scheme accreditation via the National Cyber Security Centre (NCSC), as well as the globally recognised cyber security international standard, ISO 27001. Costain have now created a specialist cyber security team to continue learning about new cyber threats as they emerge.

“Our clients increasingly require cyber security credentials before being willing to integrate their systems with ours. While this is a huge opportunity, data sharing and privacy is a massive challenge for industry, and it’s been exacerbated by the increase in remote working due to Covid-19.”

Professor Maple and his team believe one of the challenges for the future will be ensuring the right skills to support integration of supply chains in the future. While these practices offer huge opportunities for businesses to grow and increase competitiveness in the global market, the challenges are increasing in line. The threat landscape is always evolving, with remote working and increasing digitisation of infrastructure all becoming targets for hackers.

“The IoT is central to the fourth industrial revolution, which is seeing infrastructure delivery and operations become more data-driven, using insights gathered from connected devices, sensors, and telematics to inform long and short-term decision-making,” said “IoT security is a critical issue as cyber-attacks increase in both frequency and potency. There is a world of unseen potential when it comes to AI and blockchain in terms of increasing the resilience of IoT networks and better securing the integrity of IoT data that is so critical to driving safer, faster, greener and more efficient delivery and operations of infrastructure.”

I-Trace is a part-government funded, co-innovation project led by Cisco and involving a consortium of partners including BT, Senseon and the Warwick Manufacturing Group (WMG) at the University of Warwick. Costain has joined the i-Trace consortium to conduct cybersecurity trials in real-world infrastructure settings.

Using real-world data from live Costain project sites, the project will demonstrate how the unique i-Trace solution brings together two complementary technologies to secure critical data. Firstly, using machine learning systems to detect security threats on IoT devices via the network. Secondly, using distributed ledger technology (DLT) to guarantee that the data generated by these IoT devices is tamperproof and immutable, wherever it is in the network. These technologies will be deployed across Costain’s networks to secure M2M telematics, connected IoT sensors and monitoring equipment.

“Securing IoT networks is a considerable challenge due to its scale and complexity, which has prevented organisations from maximising its use and taking their deployments to the next level,” added Peter Shearman, Head of Innovation, Emerging Technology and Incubation at Cisco UK and Ireland. “Our aim is to successfully trial a solution that offers end-to-end security of real-world IoT networks, which delivers the immutability and scalability required by commercial deployments, as well as being manageable and cost-effective. This has the potential to pave the way for IoT innovation that has never been seen before in the construction industry and beyond.”

The project will tap into the capabilities of the leading technology, security, and academic partners to prove the commercial viability of using these emerging technologies to secure the integrity of IoT data. i-Trace is part-government funded through Innovate UK and the UKRI’s Strategic Priorities Fund.