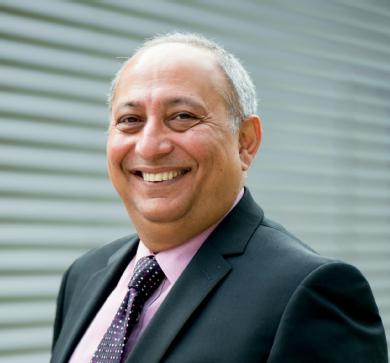 The UK is 18th out of 28 countries in Europe for the number of inpatient beds available per 100,000 young people, despite having the largest number of services dedicated to child and adolescent mental health.

The figures are among findings to be presented at an event on 29 April to mark the completion of the five-year MILESTONE project led by the University of Warwick and involving research teams in 7 other countries, which aims to improve transitions for young people from child (CAMHS) to adult mental health services across Europe.

As part of the project, which received 6 million euro in funding from the European Union's Seventh Framework Programme, researchers conducted a survey of CAMHS provision in all twenty-eight countries in the EU. The survey highlighted that the number of paediatric beds available, a measure of the capacity of those services, varied significantly country to country. While Sweden had the least with 1.2 beds per 100,000 young people, Germany had the most with 64 beds per 100,000 young people – over fifty times as many.

It has highlighted the lack of consistency in the management of children and young people with mental health issues across Europe with significant variations in how services are delivered. For example, the UK has a relatively low 9.4 beds per 100,000 young people, but has by far the largest number of public CAMHS (939).

For most young people, reaching the milestone birthday that marks the start of adulthood is a celebratory affair. However, for those relying on the support of CAMHS it can mean uncertainty and possibly the loss of the support that has helped them so far. In the majority of European countries, when service users reach a certain age – 18 in the UK, for example – they are no longer eligible to use children’s services and are instead moved to adult services.

This transition has little clarity. The findings indicate that while a number of young people move on to adult mental health services with minimal disruption, a large proportion are discharged without guidance on how to continue their support, have to take on the burden of convincing adult services to accept them, experiencing long waiting times for appointments and having to repeatedly explain their problems to different services.

Warwick Medical School’s Professor Swaran Singh, Project Coordinator for the MILESTONE project, said: “The MILESTONE project is a genuine milestone in youth mental health research since for the first time it shows the nature and magnitude of the problem of transition from child to adult mental health services, something that has been often discussed but never quantified and understood in such a detailed and nuanced manner. We tried one way of bridging the transition divide through our managed transition trial. There may be other ways and perhaps the best way forward is to try a few models and test them for long term outcomes in young people with emerging mental health problems.

“With around a tenth of young people likely to experience mental health issues, it’s a matter of concern that the approach to child mental health varies so dramatically across Europe. Our youth deserve better mental health care than they currently receive.”

Findings from the MILESTONE project will be presented at a public dissemination event on 29 April at Church House, Westminster. Attendees will get to hear from young people and sector-leading UK and international speakers, gain a better understanding of wider issues linked with transition and discuss the next steps in shaping policy, service provision and research. It will also feature the premiere of a new short film ‘I am the Loneliness of 4am’, which captures how young people feel when they face problems accessing care at the transition boundary.

Confirmed speakers include Dame Sue Bailey, Chair of the Children and Young People's Mental Health Coalition; the Rt Hon Norman Lamb MP, Liberal Democrat Member of Parliament for North Norfolk and mental health campaigner; and Dr Maryann Davis from the Transitions to Adulthood Center for Research at the University of Massachusetts Medical School.