Flax naturally adapted to new environments rather than by human influence due to a set of genes that enable it to change its architecture according to researchers from the School of Life Sciences at the University of Warwick.

The crop flax has a set of genes in it that make the plant able to adapt to its surroundings, and their ability to do so overpowers artificial selection. 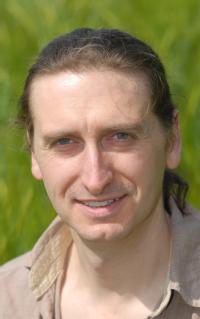 Flax has PEBP (phosphatidyl ethanolamine-binding protein) genes within it that affect flowering time and plant architecture. One such gene, LuTFL1, has a wild version in European wild populations of flax.

Flax became domesticated 10,000 years ago in the Near East, where it was exploited for its larger oil laden seeds. It moved into Europe around 8,000 years ago, whereupon domesticated flax adapted to Northern Latitudes by taking on the wild version of LuTFL1, which changed the flowering time and architecture of the plant, making it tall and better able to survive in Northern conditions.

However, the seeds became small, so despite artificial selection for oil content, the plant’s adaptation made it better suited for other purposes such as fibre.

The genes were studied through heterologous expression in Arabidopsis thaliana, essentially taking the DNA from the Flax and putting into the Arabidopsis plant to see what they would do.

The team found that the Arabidopsis plant changed in the way that they had predicted by flowering later and growing taller in a similar way to specialized fibre variety flaxes.

Professor Robin Allaby from the School of Life Sciences at the University of Warwick comments: