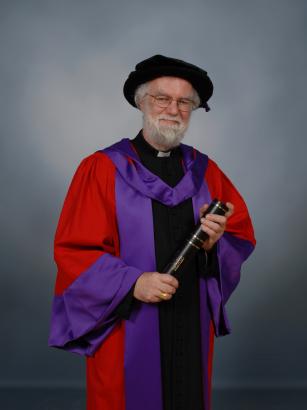 Modern philosophy is “doing its job” when it makes people conduct themselves in language that is just, charitable and genuinely mutual, says Lord Rowan Williams – one of the University of Warwick’s 2016 Honorary Graduates.

Lord Williams served as the 104th Archbishop of Canterbury, the principal leader of the Church of England and the Anglican Communion, between 2002-12 and is today Chair of Christian Aid’s Board of Trustees.

In an interview to commemorate his being awarded an Honorary LLD during this summer’s graduation ceremonies, Lord Williams discussed Philosophy and the questions it raises today:

“From Socrates and Plato onwards the philosophy that has kept its energy and gone on inspiring people has been ‘what’s justice?’ What is the nature of our obligation to each other? How do we speak in such a way that we don’t distort, control [and] attack?”

Discussing the role of philosophy today Lord Williams said that one its great features is a “concentration on language as one of the things that makes us human and how we conduct ourselves in language in a way that is just, charitable [and] genuinely mutual. When philosophy moves into those areas I really think it is doing its job”.

Lord Williams’ Honorary LLD is not his first connection to the University or its Department of Philosophy:

“One of my closest connections here at Warwick was with the late Gillian Rose when she was professor of philosophy here, she was a great personal friend and somebody I admire enormously as an academic, and she was someone whose academic focus was very much on that difficult area of what we owe to each other, how language works, how we take risks in what we say and yet expose ourselves to the corrections of others”.