On Wednesday 9 November a panel of experts from the University of Warwick, along with Diane James, Deputy Chairman of UKIP, are to debate and discuss the results of the US election. Based in the University’s new London Office in King’s Cross, the Warwick Policy Lab discussion will:

- explore parallels between the US campaign and BREXIT Britain,

- consider the implications of such divisive politics for the future state of the nation,

The Panel will consist of: Diane James - is a British politician and Deputy Chairman of the UK Independence Party. She is also a Member of the European Parliament for South East England. 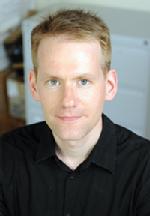 Dr Dennis Novy - Associate Professor of Economics at the University of Warwick. His research interests centre on international trade and economics. He is a former advisor to the House of Lords on the Transatlantic Trade & Investment Partnership (TTIP). He has also written about the fundamental factors behind the Brexit referendum vote.

Kevin Morrell - Professor of Strategy at Warwick Business School. His interests include political leadership and rhetoric, and he has written recently about the rhetoric of "Brexit" and about Trump's speaking style.

Dr Tom Flynn - Teaching Fellow at Warwick Law School. His research interests are in the field of constitutionalism generally, with a particular focus on pluralist theories of the relationship between national, sub-national, supra-national and post-national legal orders.